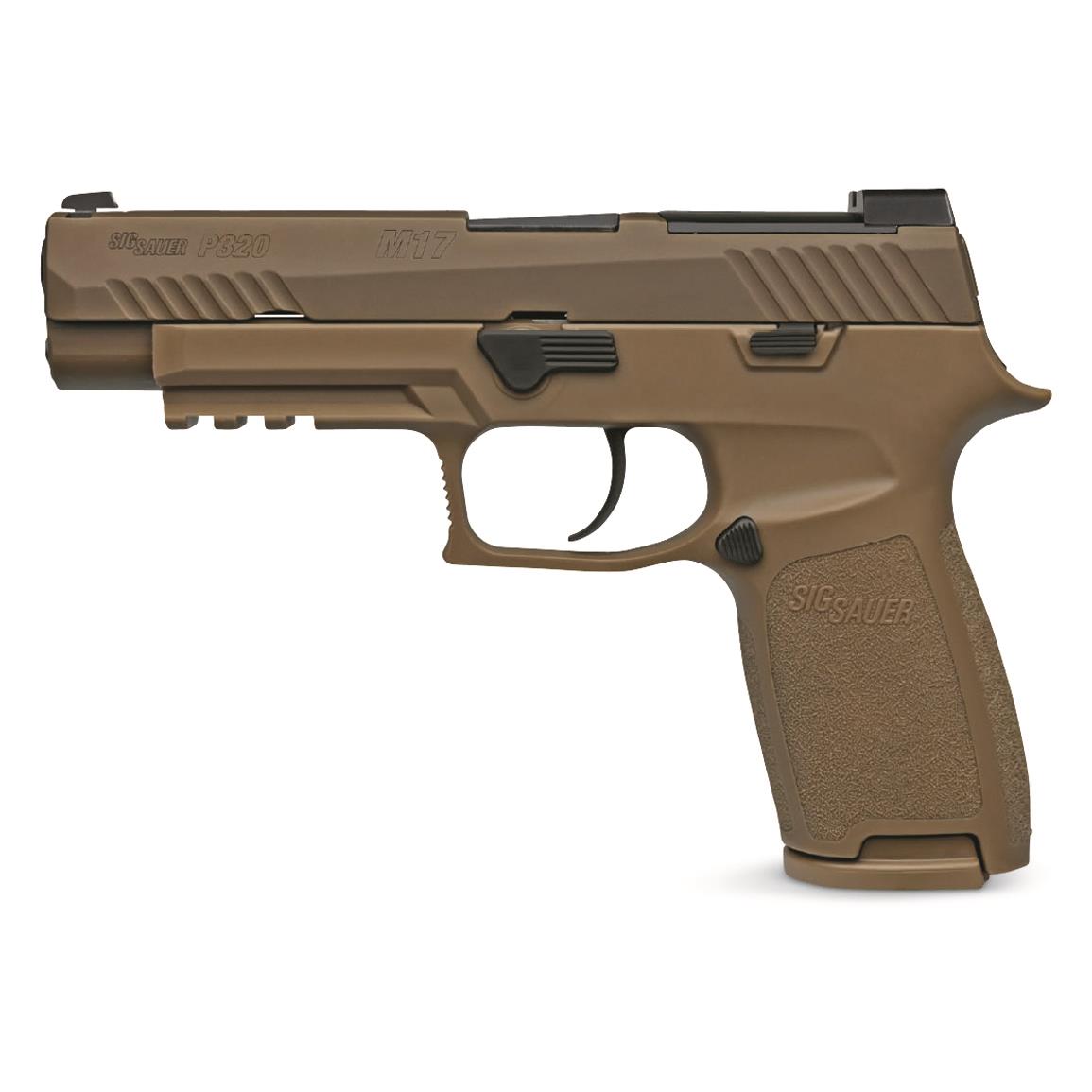 After one of the most rigorous and highly competitive review processes in the history of military firearms, the SIG SAUER® M17 was awarded the Modular Handgun System contract for the U.S. Army. The M17 is a P320-based platform, and was selected for its uniquely innovative modularity, uncompromising performance, and unmatched capability.

The P320-M17 closely follows the specifications of the Army’s M17. The Pistol features a coyote-tan PVD coated stainless steel slide with the same optic cut as specified by the MHS contract, and black controls just like the pistols currently being shipped to the Army. It comes equipped with a SIGLITE front night sight and removable night sight rear plate. The P320-M17 features a carry-length grip module. Aside from some slide markings and the colors of the controls, the P320-M17 is the exact same Pistol issued to U.S. Army personnel.

The most modular Pistol ever created

Modularity is the name of the game, and the SIG SAUER P320-M17 is the most modular and adaptable Pistol ever made. Designed for the unique demands of today's law enforcement and military professionals, the P320-M17 is built around a serialized modular frame and striker-fired operating system. This allows for changes in caliber and size without compromising functionality, accuracy or reliability (caliber conversion kits and extra grip modules sold separately).

Other premium features include a smooth, crisp trigger to make any shooter more accurate, as well as 3-point takedown that does not require a trigger pull. All this modularity, plus an exceptional trigger and proven SIG reliability…it's no wonder the P320-M17 is the new standard-issue Pistol of the U.S. Military.