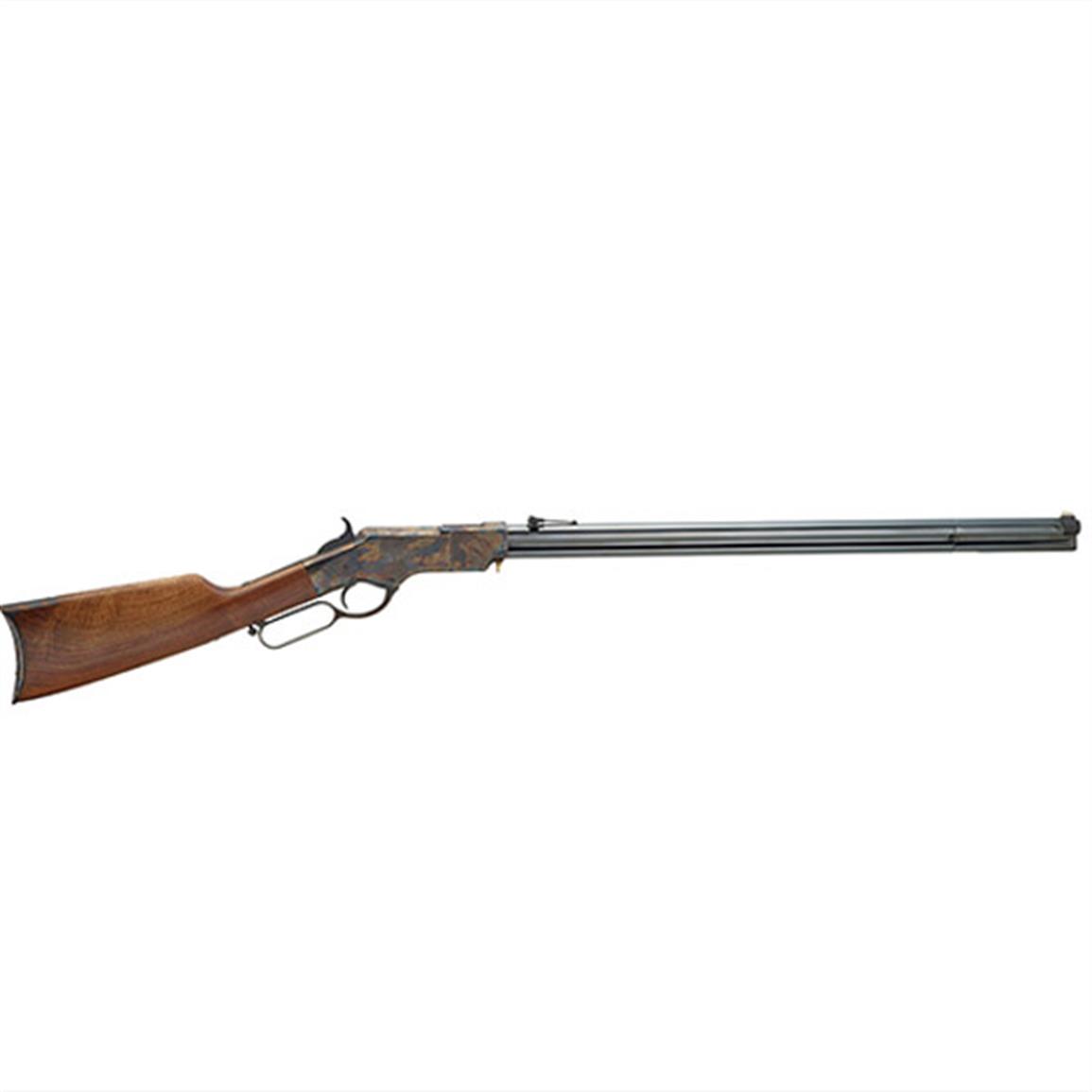 Photo may not accurately depict the item listed. Please be sure to carefully read the title and description of item before placing your order
Model: H011IF
UPC: 619835100054

In the late 1850s, metallic cartridges were the coming wave of firearms technology. Cartridges revolutionized a field of slow-loading, slow-firing, and slow-reloading single-shots freed designers to create a rifle that could keep up, and the very talented Benjamin Tyler Henry quickly stepped to the front in both areas. The result was the legendary repeating rifle that became known as the 1860 Henry.

A pioneering design in a reliable and practical lever action repeater, and adopted in limited numbers by Northern forces during the Civil War, the Henry was the 16-shot rifle enviously (and angrily) referred to by Southern soldiers as "That damned Yankee rifle that loads on Sunday and shoots all week long!"

A reproduction of the legendary repeater.

With great effort, and more than a little pride in a job well done, Henry® brought back the Original Henry Rifle, made entirely on US soil, just as B. T. Henry's rifles were. True to Henry's 1860 patterns and patents, and virtually identical aside from concessions necessary to adapt to the .44-40 centerfire rounds that replaced the long-obsolete rimfires, the Iron-Framed Original is a showpiece that really performs, too.

The original iron-frame Henry was produced in less than 400 units, so - needless to say - they are exceedingly rare, and extraordinarily expensive (up to $250,000, we've heard). Now's your chance to get your hands on an authentic reproduction of one of the most important rifles ever made.