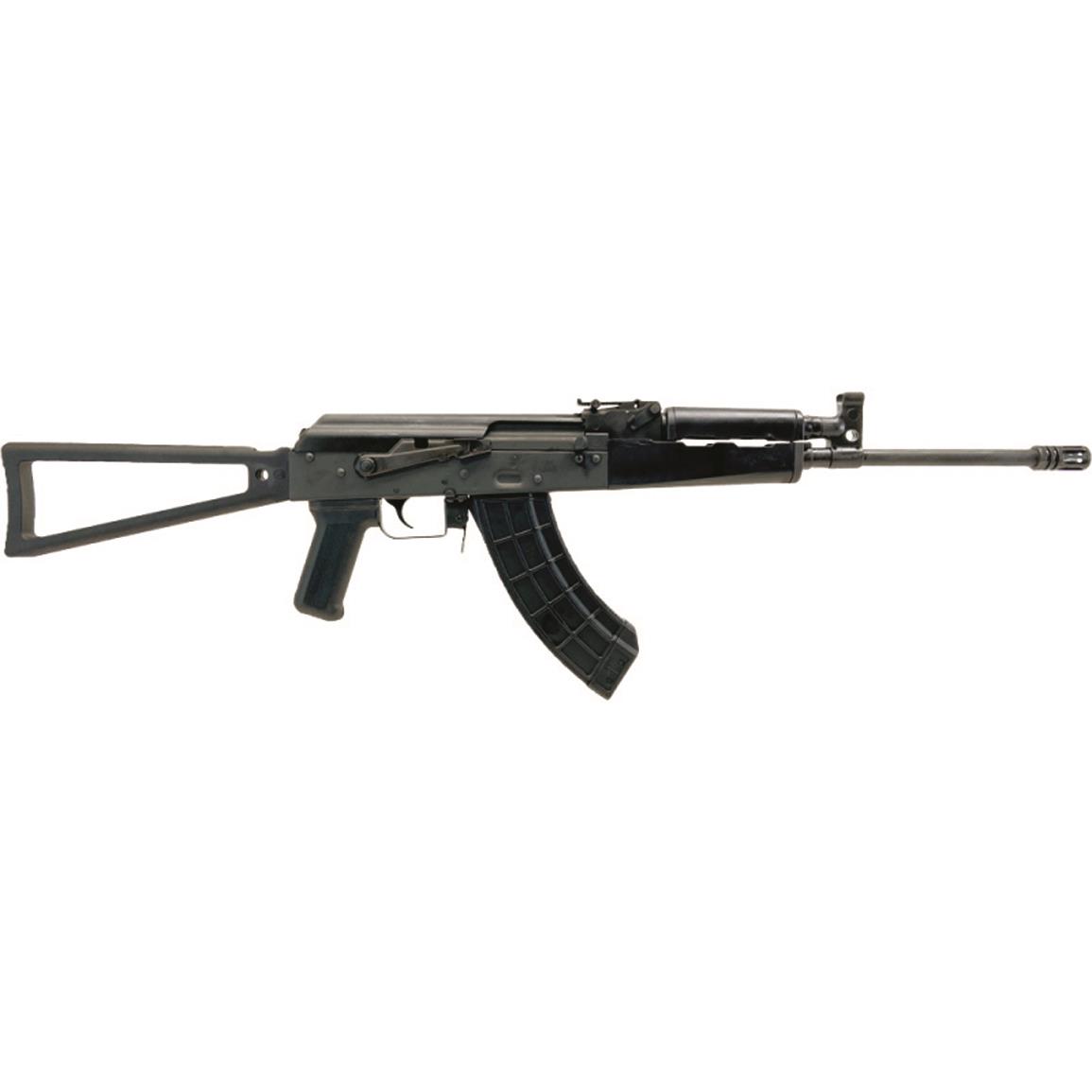 Century Arms is proud to introduce the Limited Edition VSKA (pronounced "vis-kuh"), a heavy-duty AK Rifle featuring critical components machined from S7 tool steel—a material so highly regarded for its strength that it's used in excavator teeth and jackhammer tips. S7, often referred to as a "Shock-Resisting Tool Steel," has maximum shock resistance and high compression strength while retaining toughness.

The bolt carrier, front trunnion, and feed ramp are all machined from S7 tool steel, and then heat-treated for maximum durability. Additionally, the VSKA features a carburized 4140 steel bolt, a chrome-moly 4150 barrel, and the RAK-1 Enhanced Trigger Group that solves the classic "trigger slap" issue of the original.

This model takes it a step further with the inclusion of the coveted Circle-10 fixed AK stock, which gives the Rifle that classic Eastern Bloc appeal. The stock is 100% American-made from 6061-T6 aluminum, and provides a comfortable and solid feel on the shoulder. Completing the package is a US Palm 30-rd. polymer magazine, widely regarded as one of the finest mags available.