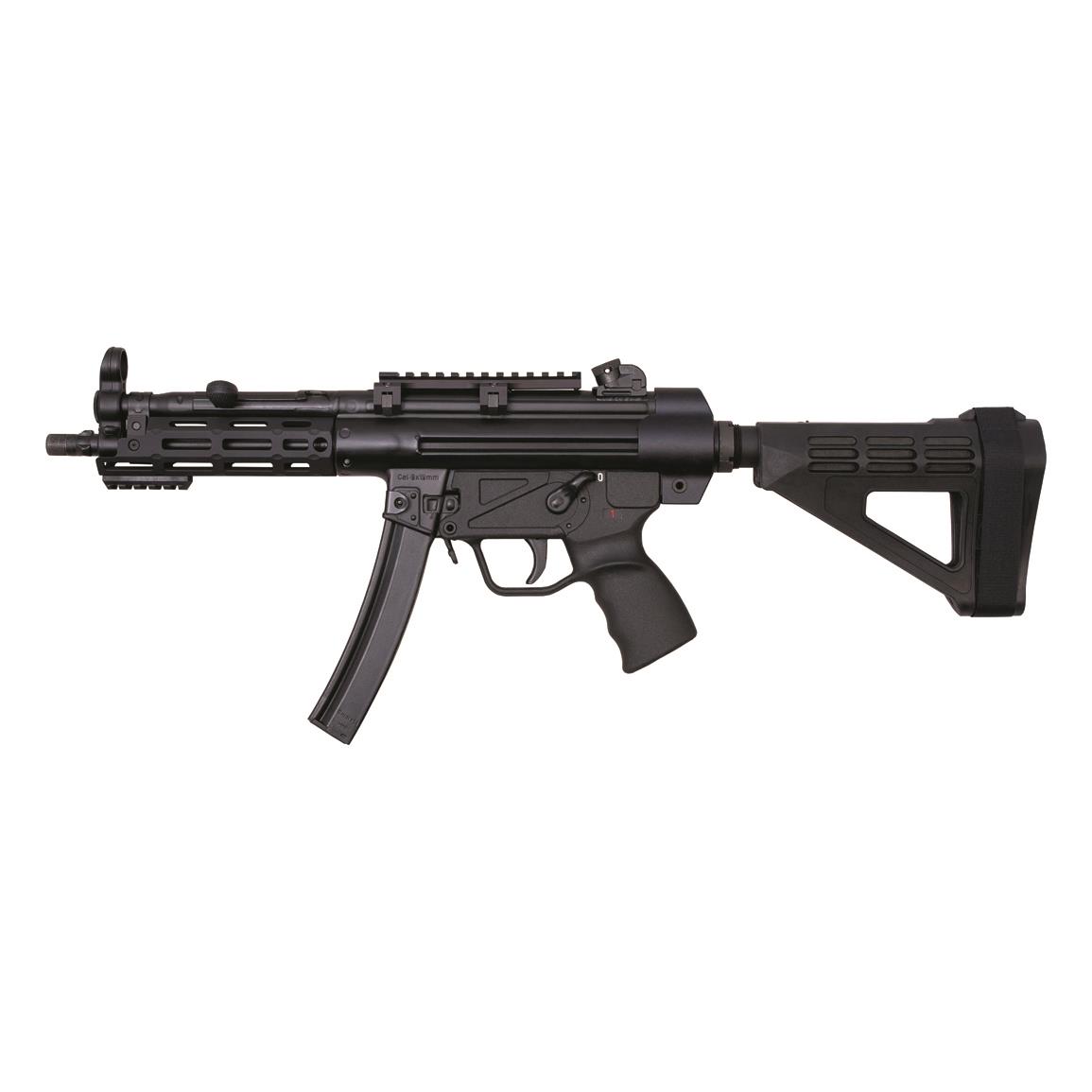 For most of us, the thought of getting our hands on an actual MP5 is as appealing as it is unlikely. After all, who's got the $25,000-plus to drop on an original? Certainly not us. But there IS some good news: MKE has produced a highly affordable civilian version that features the same operation, uses the same furniture, is the same size and proportions, and is built on the same equipment as real MP5s.

It's built on German machinery given to MKE by the German government to make officially licensed versions of the MP5. These licensed versions are actual military firearms made under contract with governments all over the world—so you know that MKE is the real deal. It features authentic roller-delayed blowback action with the same tight tolerances as the real thing. It feels like a real MP5 in your hands. It cycles like a real MP5. It takes down like a real MP5. For all intents and purposes, it IS an MP5.

Of course, MKE did make a few changes. First and foremost, the Z-5RS features a Picatinny rail atop the receiver to accommodate a red dot or optic of your choosing. If you don't need the rail, it un-bolts easily. The second involves the addition of an SB Tactical® fixed pistol brace.

The Pistolman model features the AR-style brace instead of the folding braces on other Z-5RS models. The AR-style tube extension is compatible with other braces and stocks. It also comes with a nice Plano® hard case, bore brush, oil, two takedown pins, and three magazines.