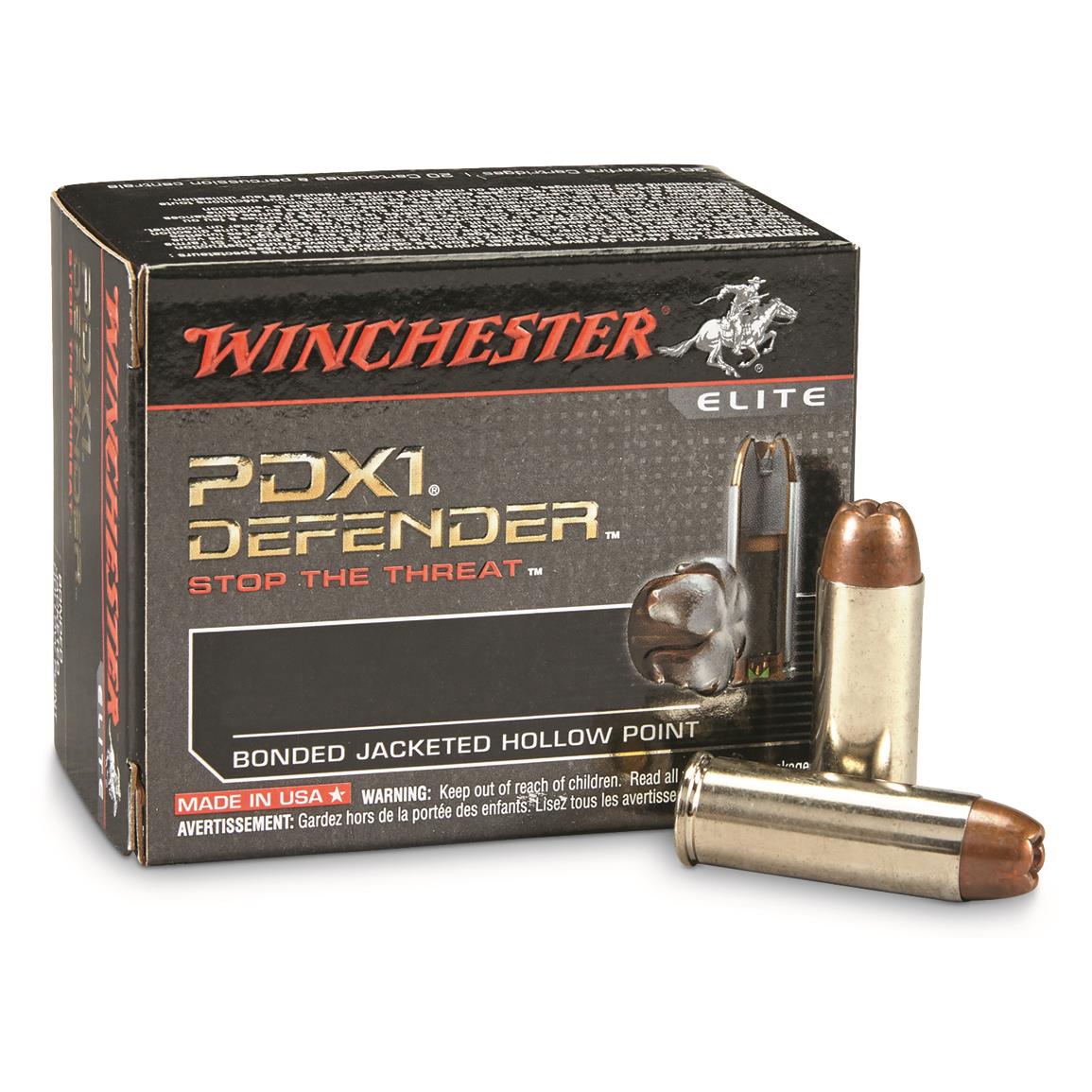 Photo may not depict actual packaging. Please refer to our item description and review your order to ensure exact calibers and quantities.

Winchester Defender was chosen by the FBI as their primary service round. It's engineered to maximize terminal ballistics, as defined by the demanding FBI test protocol, which simulates real-world threats. 20 rounds per box. Hard-hitting for law enforcement and defense!

Winchester Defender ammunition was tested by the FBI to see if it can stand up to real world, life threatening situations, this ammunition has impressive expansion and notable velocities at various ranges thanks to Winchester's proprietary bonding process. The engineers have welded together the lead core and copper jacket to obtain controlled expansion and a higher weight retention. The bonding can also take on the toughest barriers at varied ranges to simulate real world threat.