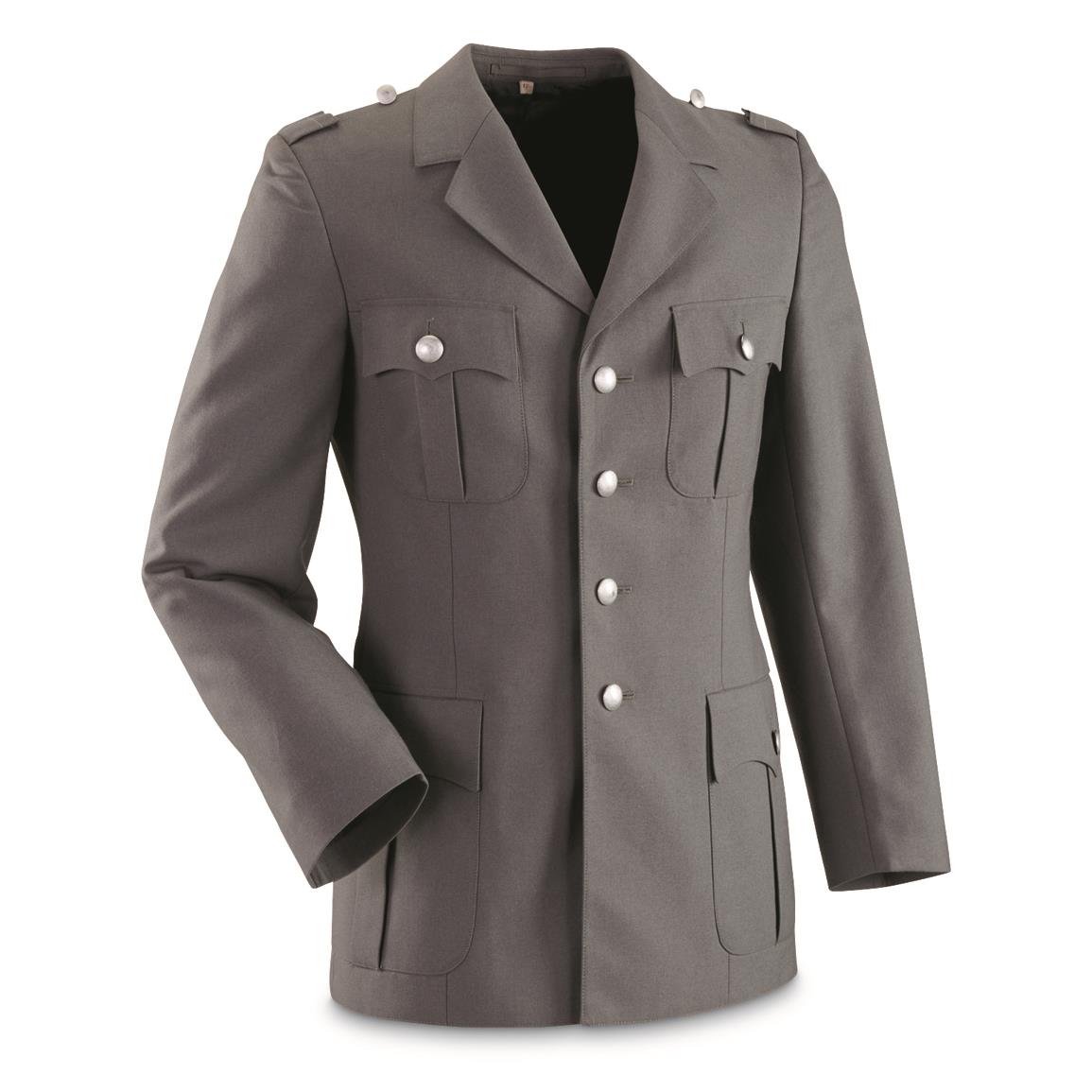 This is a classic utility "blazer" style Jacket as seen worn by the West German army. May not include insignia, and epaulets have been removed per German surplus requirements. A great foundation to a re-enactor's uniform, or for a costumer's wardrobe collection. Or just for unmistakable military cool around the house. Authentic surplus, and in very limited supply.

Please note: Jacket may come with Patches or Hash-marks, sorry no choice 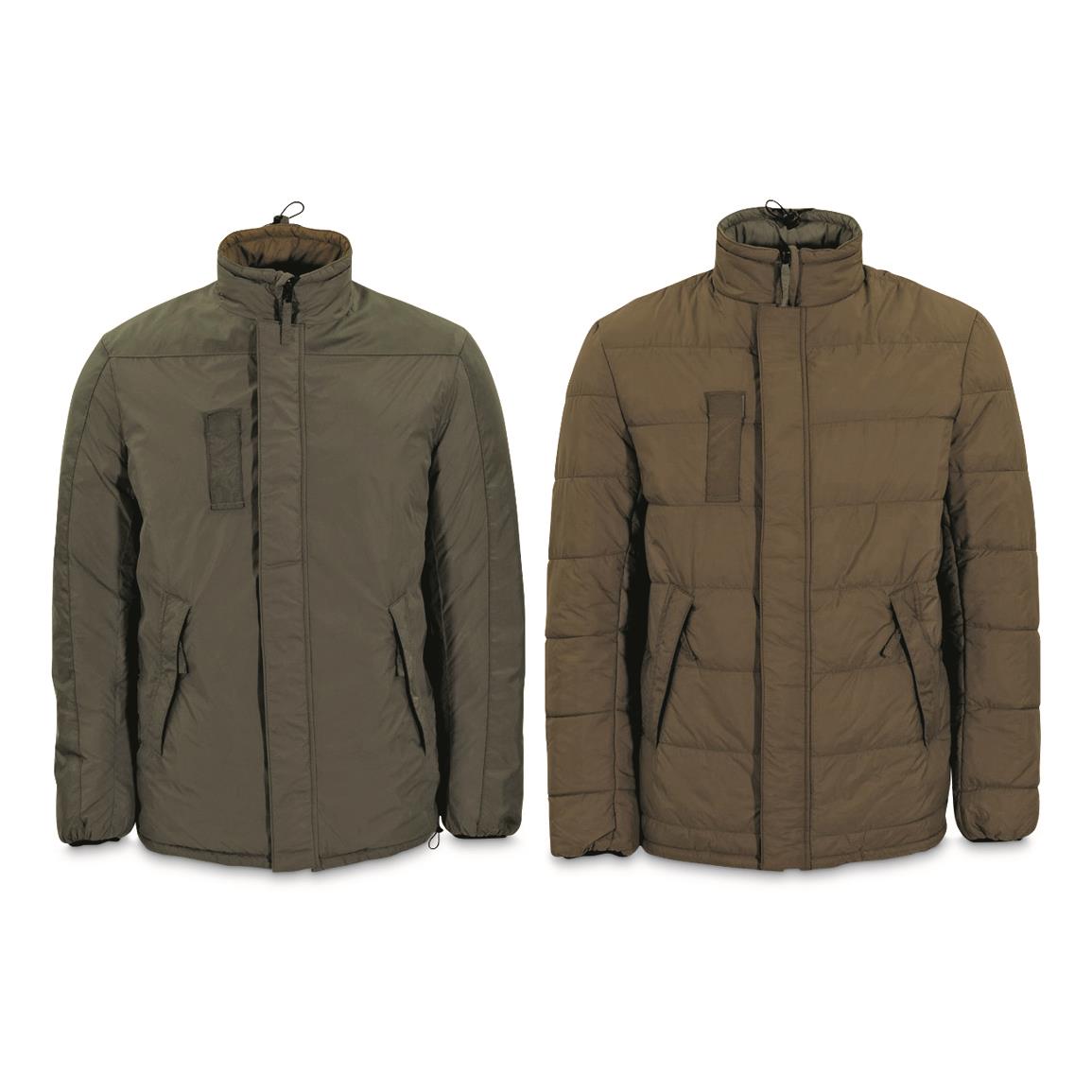 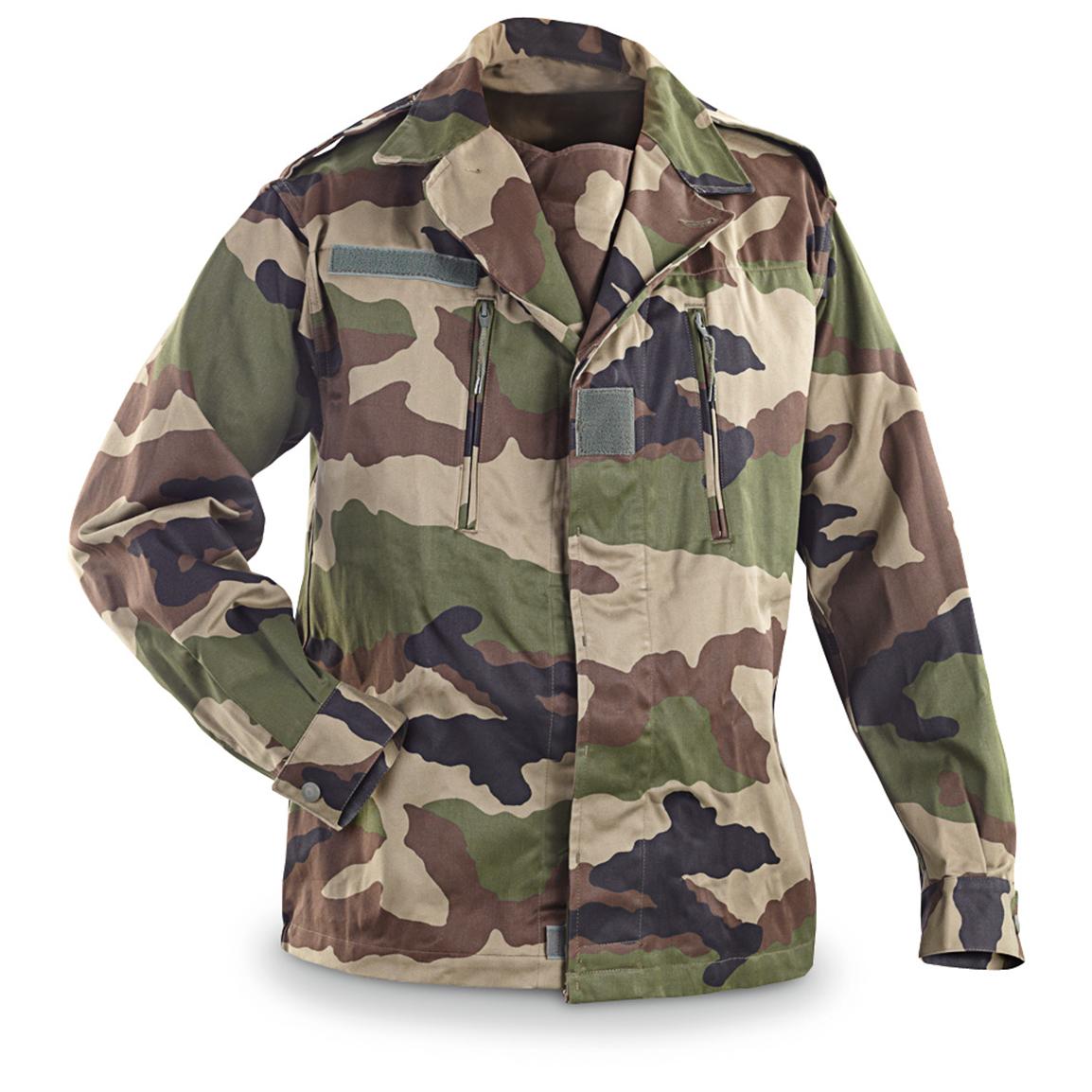 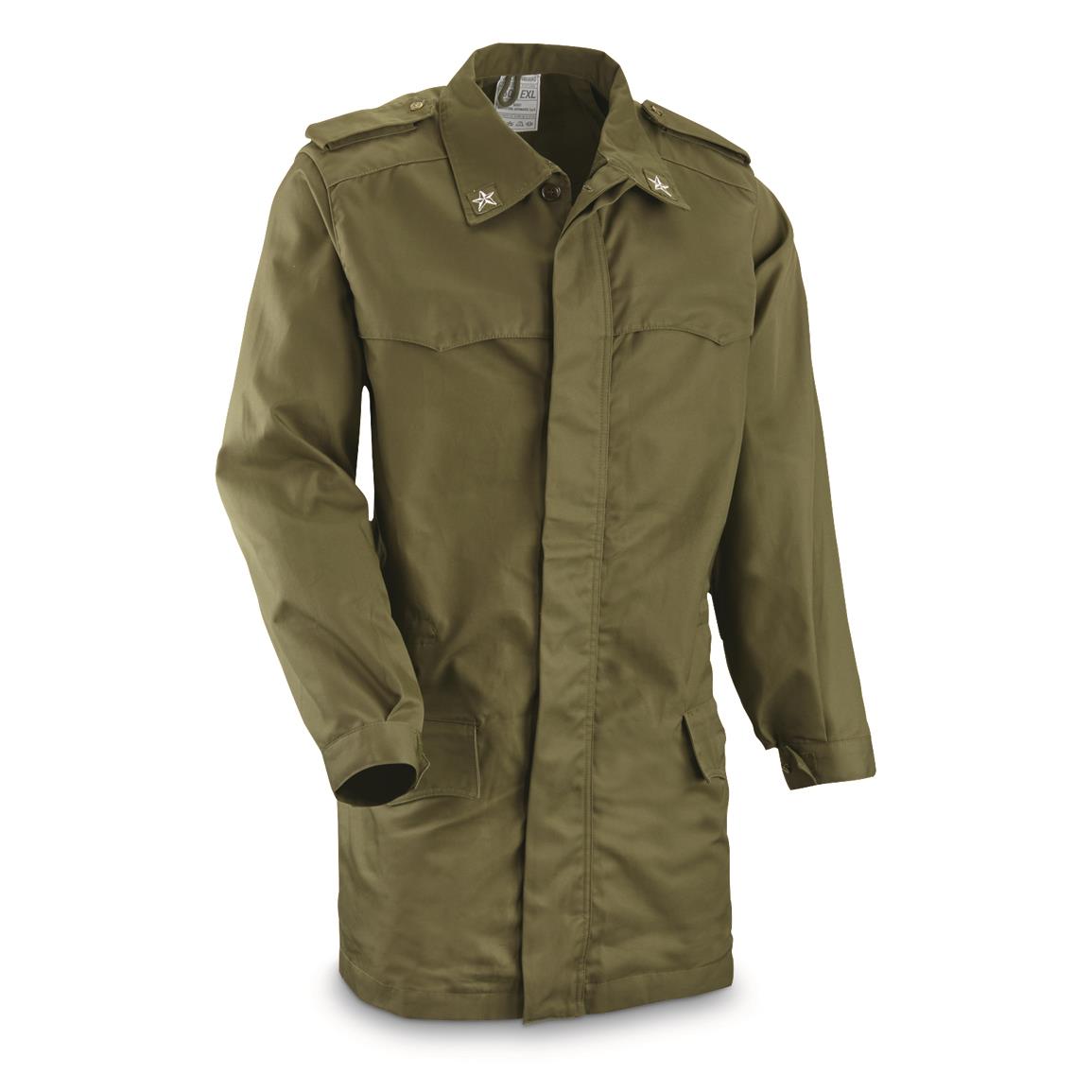 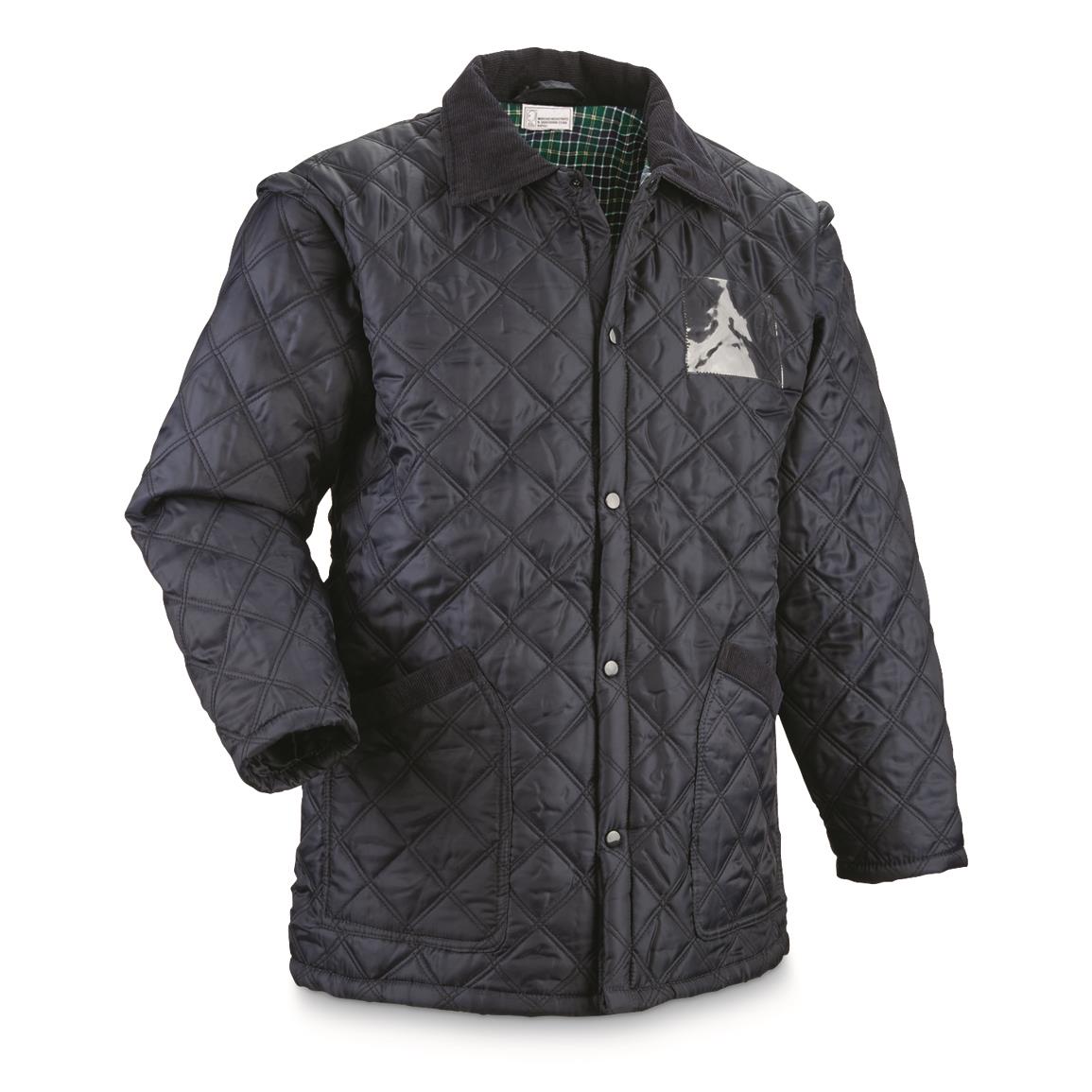