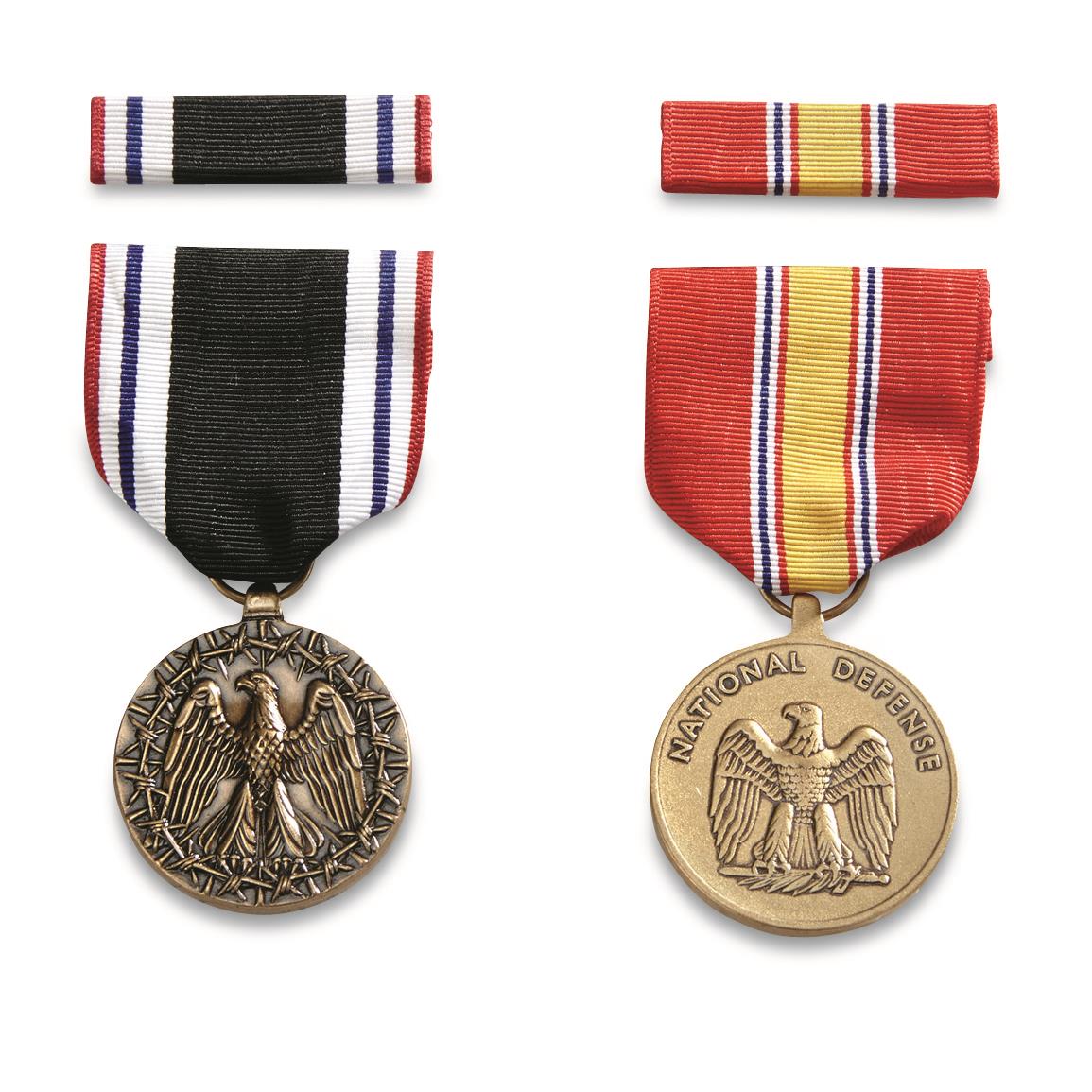 Own this duo of seldom seen, authentic U.S. military medals, complete with a uniform ribbon. The U.S. Military POW medal was awarded to any person who was taken prisoner of war and held captive after 5 April 1917, during World Wars I and II, Korea and Vietnam conflicts and Operation Desert Storm. The POW Medal was created with a grandfather clause, making it an approved award to all former prisoners of war, since the beginning of World War I.

The National Defense Service Medal (NDSM) was initially authorized by executive order on April 22, 1953. It's awarded to members of the U.S. Armed Forces for any honorable active federal service during the Korean War, Vietnam War, Desert Shield/Desert Storm and/or Operations Iraqi Freedom and Enduring Freedom (Afghanistan). President Bush authorized award of the medal to all members of the Reserve forces, whether or not on active duty during the designated period of the Gulf War. Today, there are probably more people authorized this medal than any other award in U.S. history.