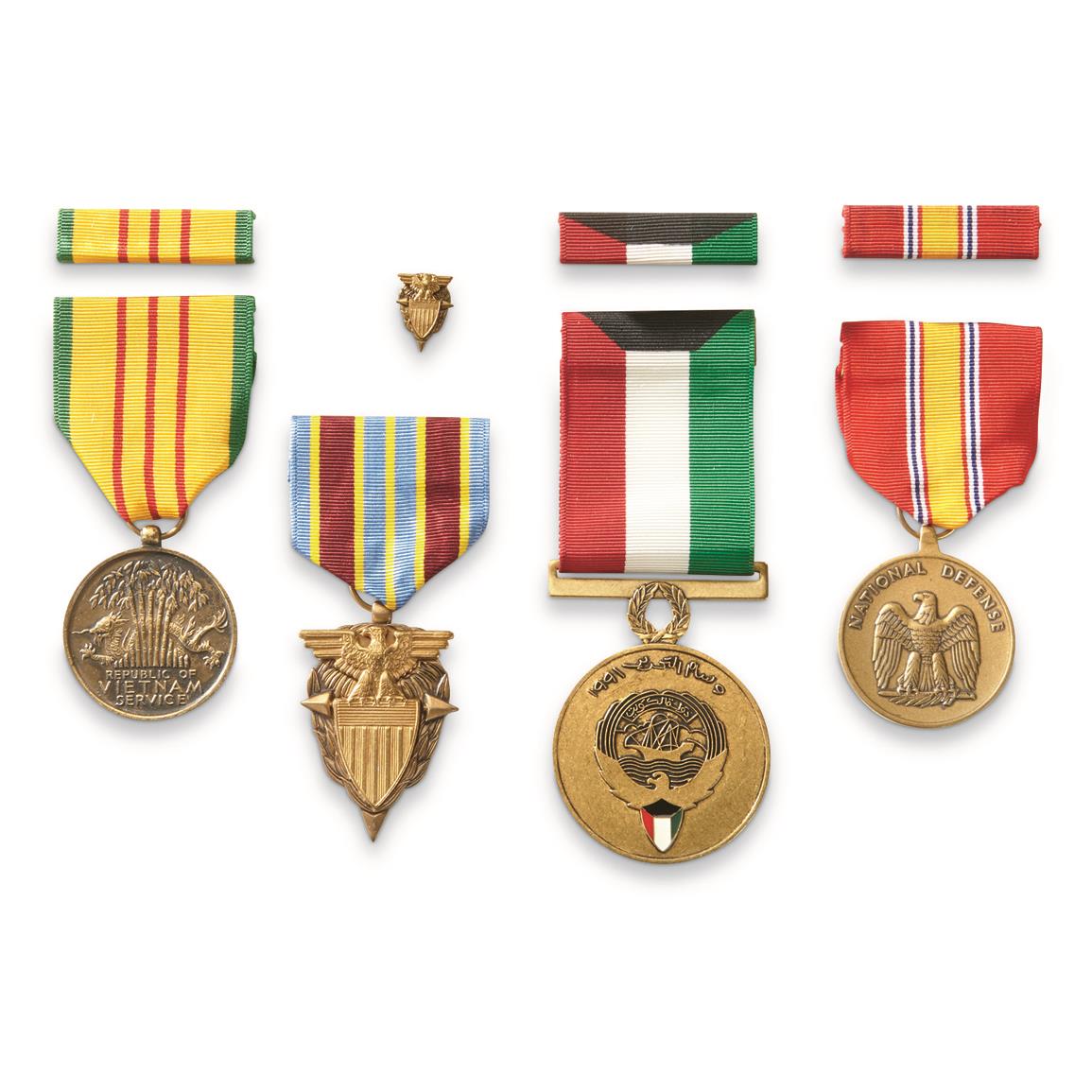 A rare find of Medals ready to reinforce any military collection. The real deal, these 4 pieces represent a massive span of U.S. history from the Vietnam War to the current Global War on Terror.

The Vietnam Service Medal was created by President Lyndon B. Johnson back in 1965. It was awarded to any member of the Armed Forces who served in Vietnam, Thailand, Laos or Cambodia during the period of U.S. involvement in the Vietnam War (1958-1975).

The Liberation of Kuwait Medal was given by the government of Kuwait to members of the Armed Forces who participated in Operation Desert Shield/Storm (1990-1993).

The National Defense Service Medal (NDSM) was initially authorized by executive order on April 22, 1953. It is awarded to members of the U.S. Armed Forces for any honorable active federal service during the Korean War, Vietnam War, Desert Shield/Desert Storm and/or Operations Iraqi Freedom and Enduring Freedom (Afghanistan).

The Superior Civilian Service Award was originally known as the Meritorious Civilian Service Award (created in 1959) but was changed to its current designation in 2014. Awarded to members of the U.S. civil service for superior service, notable achievement or exceptional courage in an emergency or while performing assigned duties.