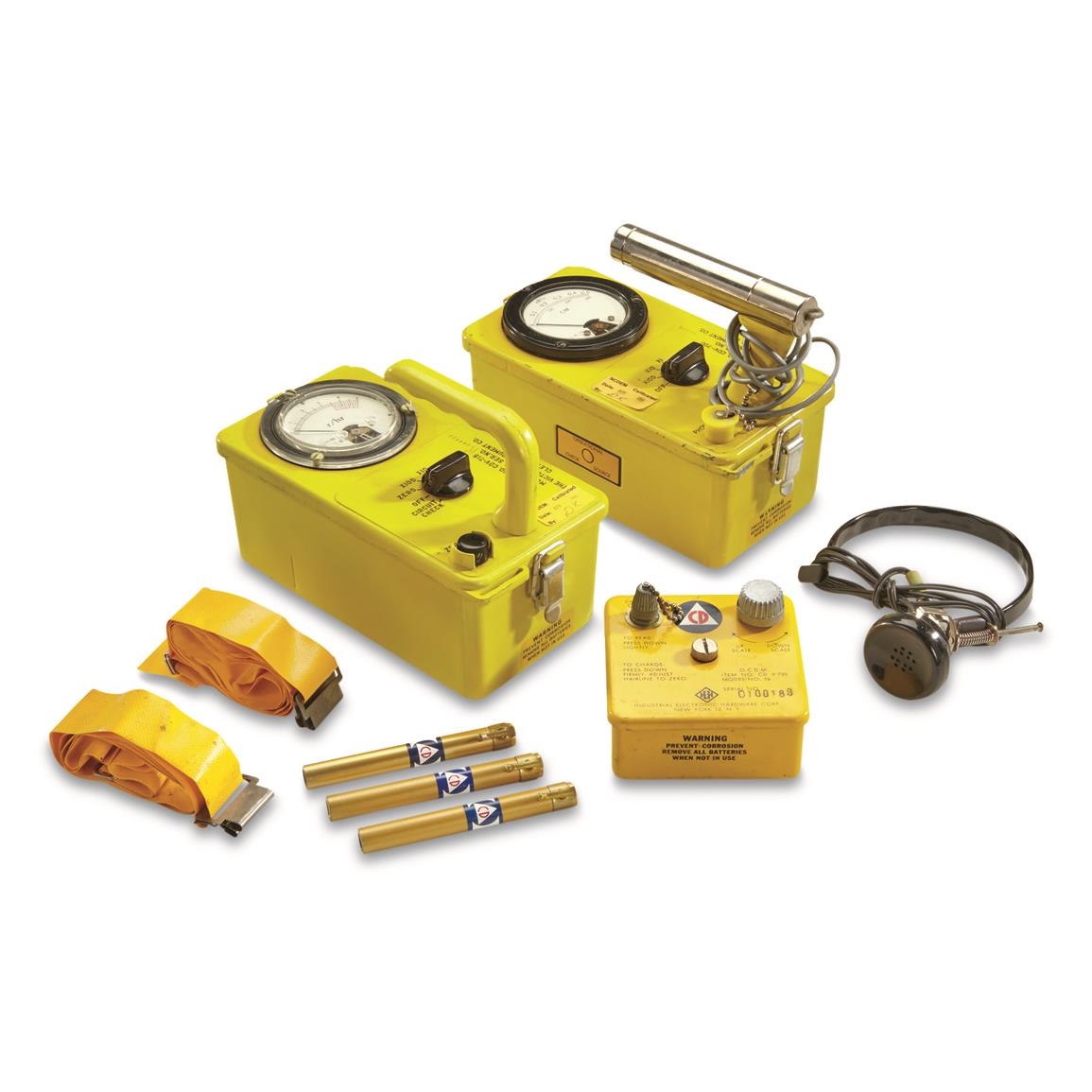 This CDV-777-1 Radiation Detector Set was originally intended for use in public fallout shelters. The larger survey meters would have been used to monitor incoming personnel, food and water for traces of low-level radiation. Each pocket-size dosimeter was intended to measure the radiation absorbed by the person carrying it, useful for emergency personnel leaving the safety of the shelter for limited work and reconnaissance. 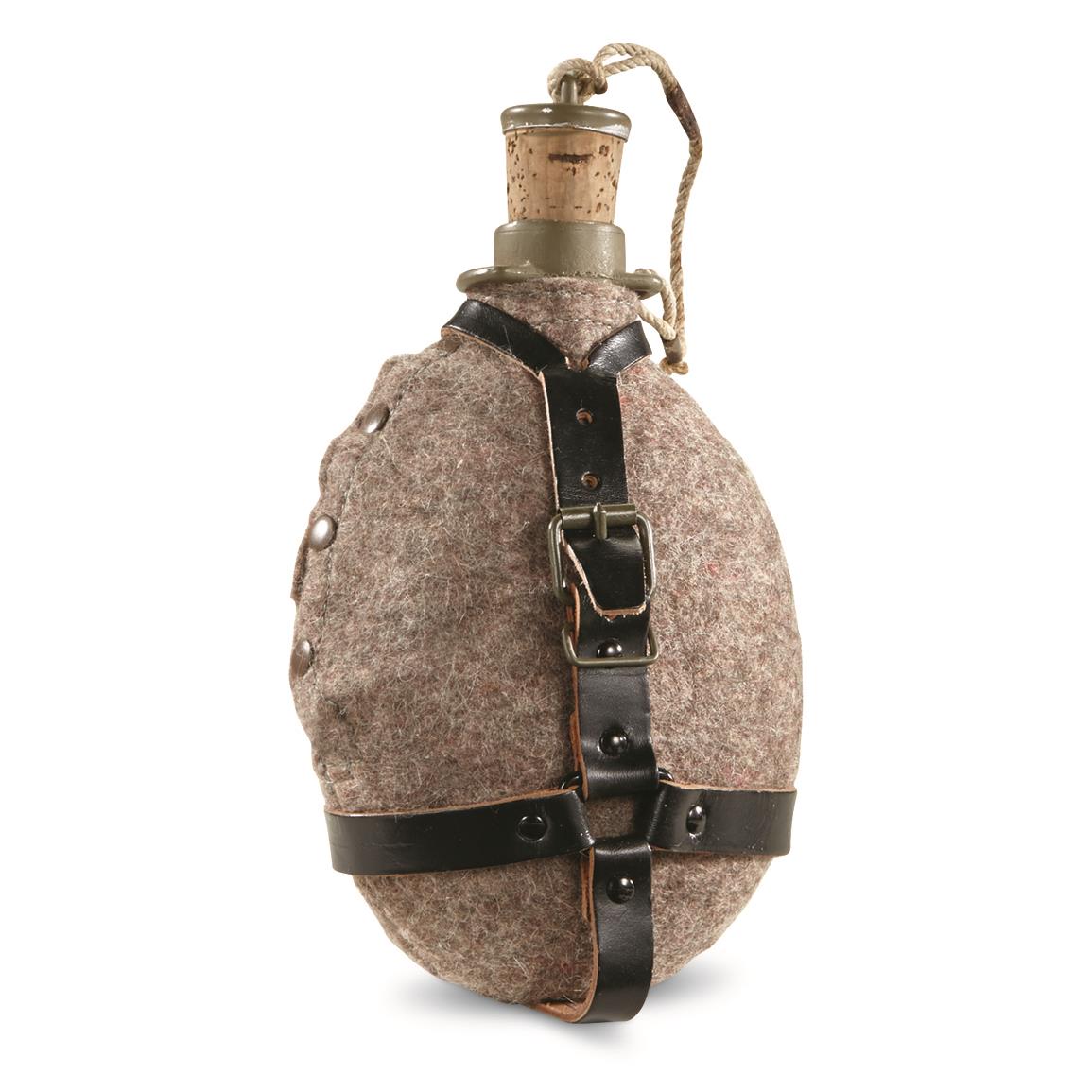 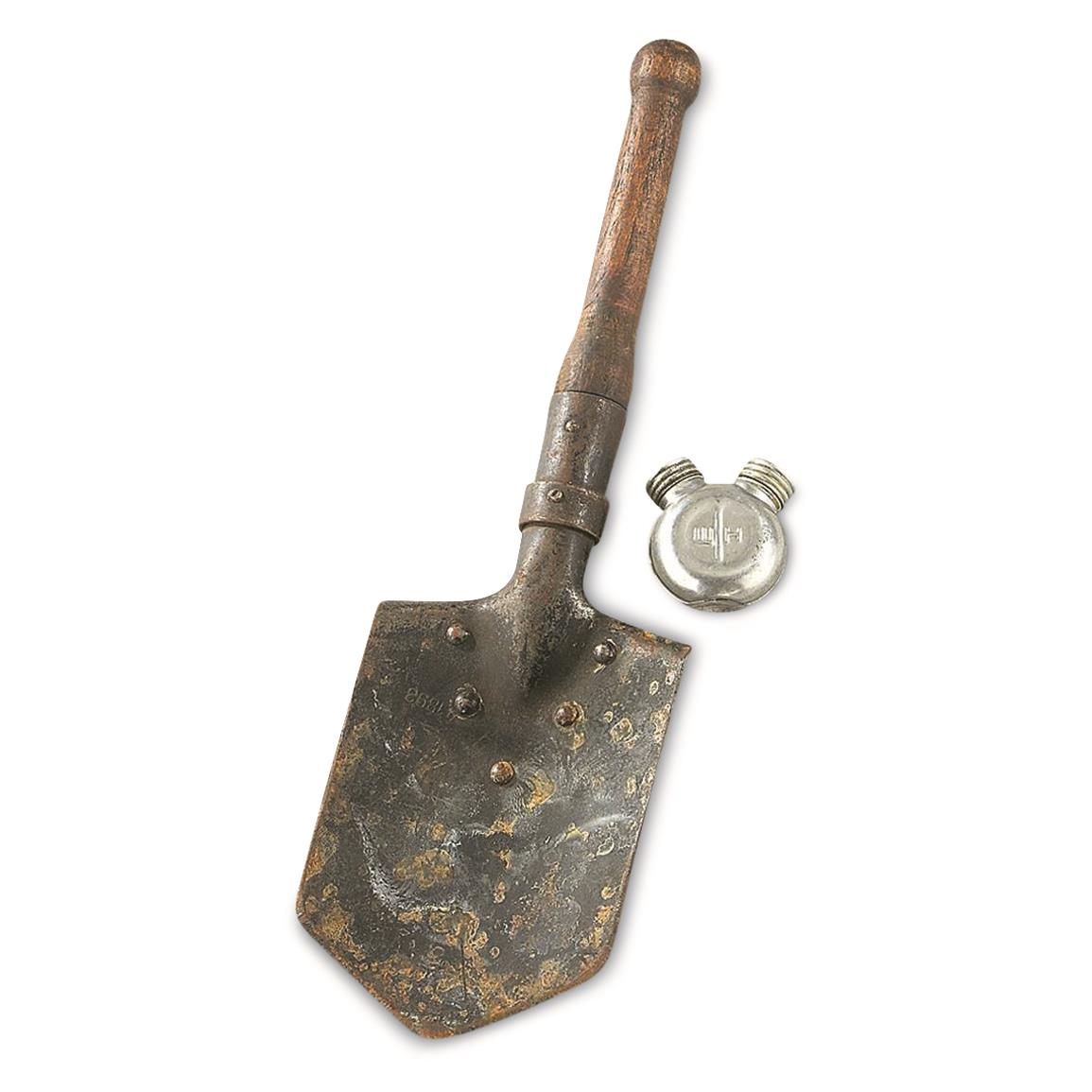 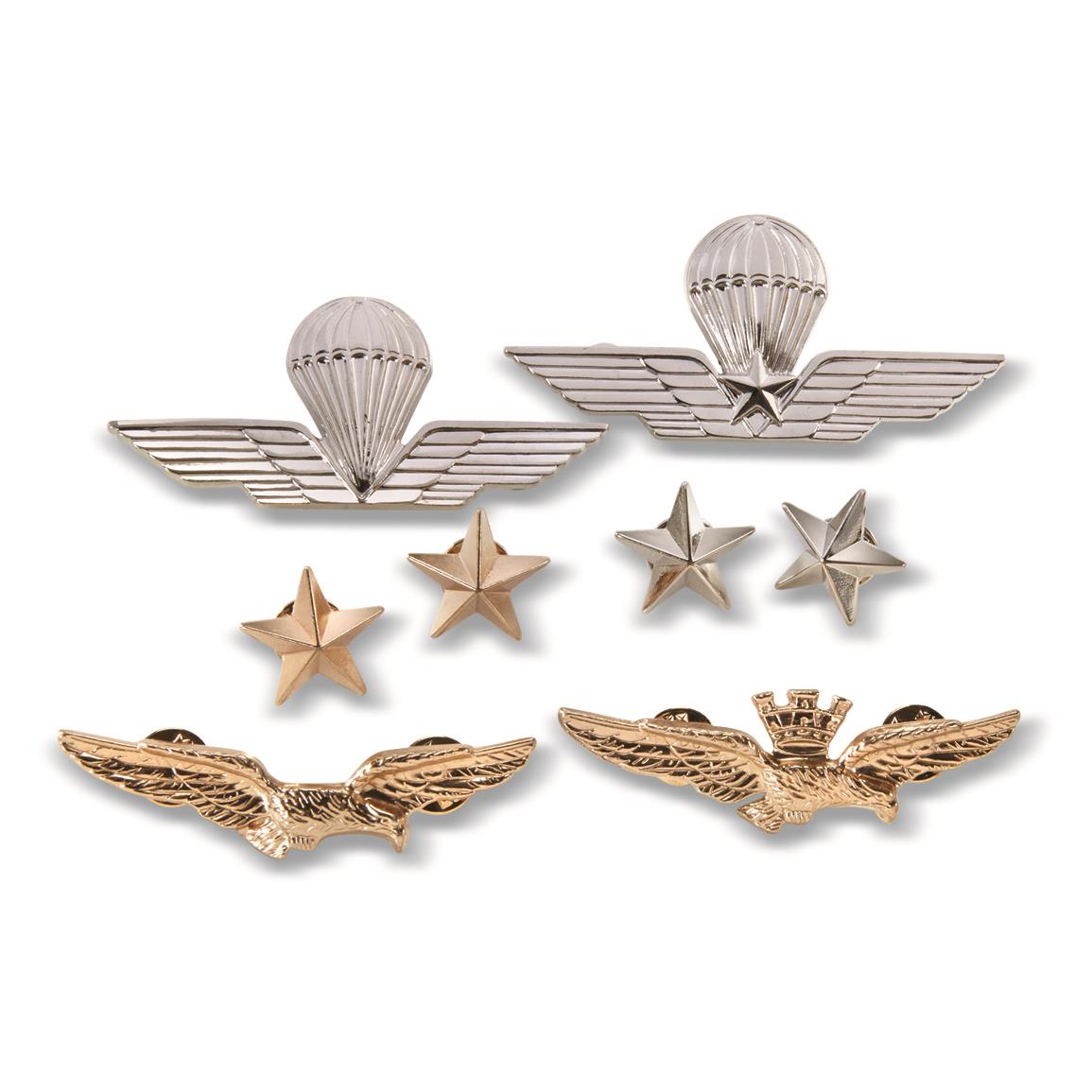 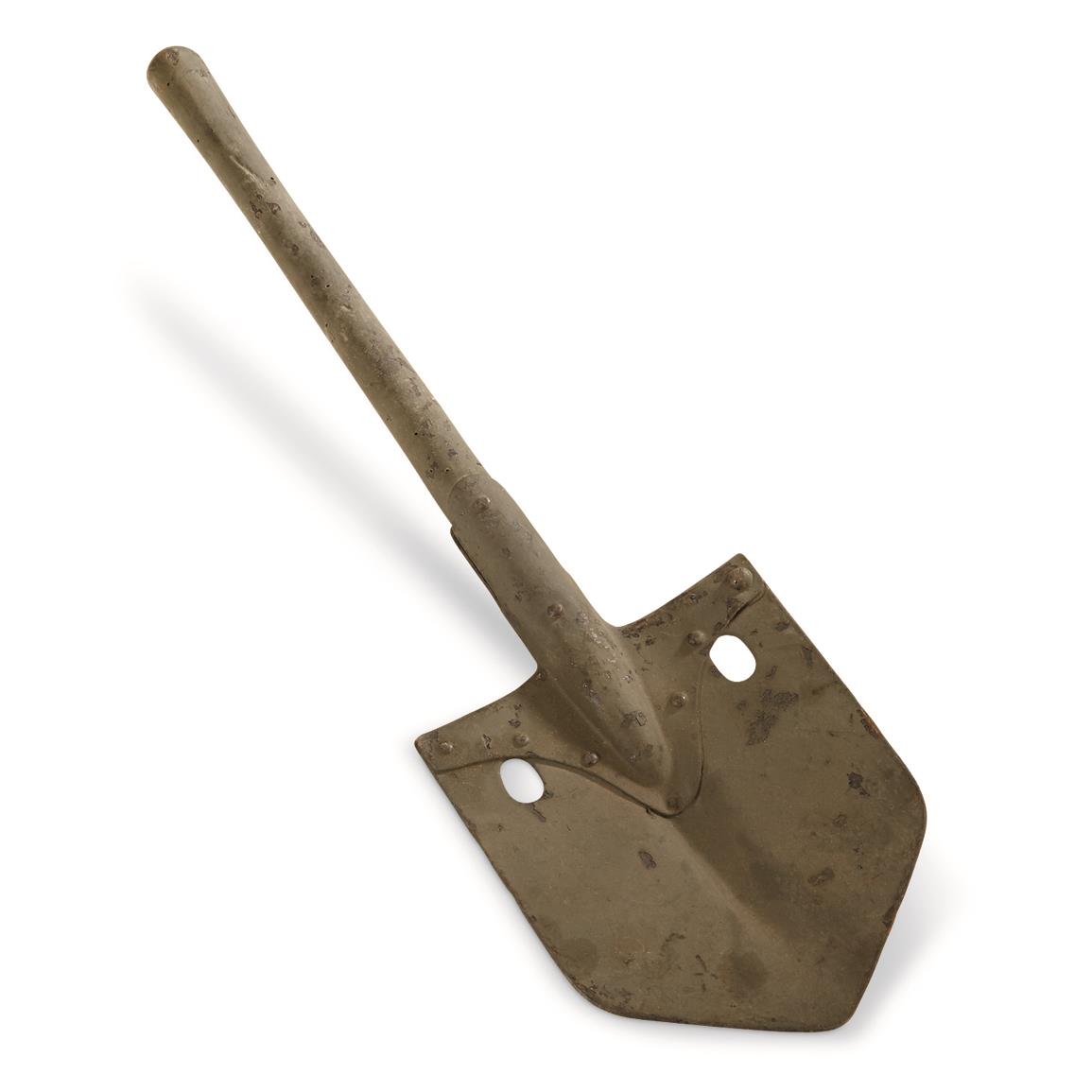