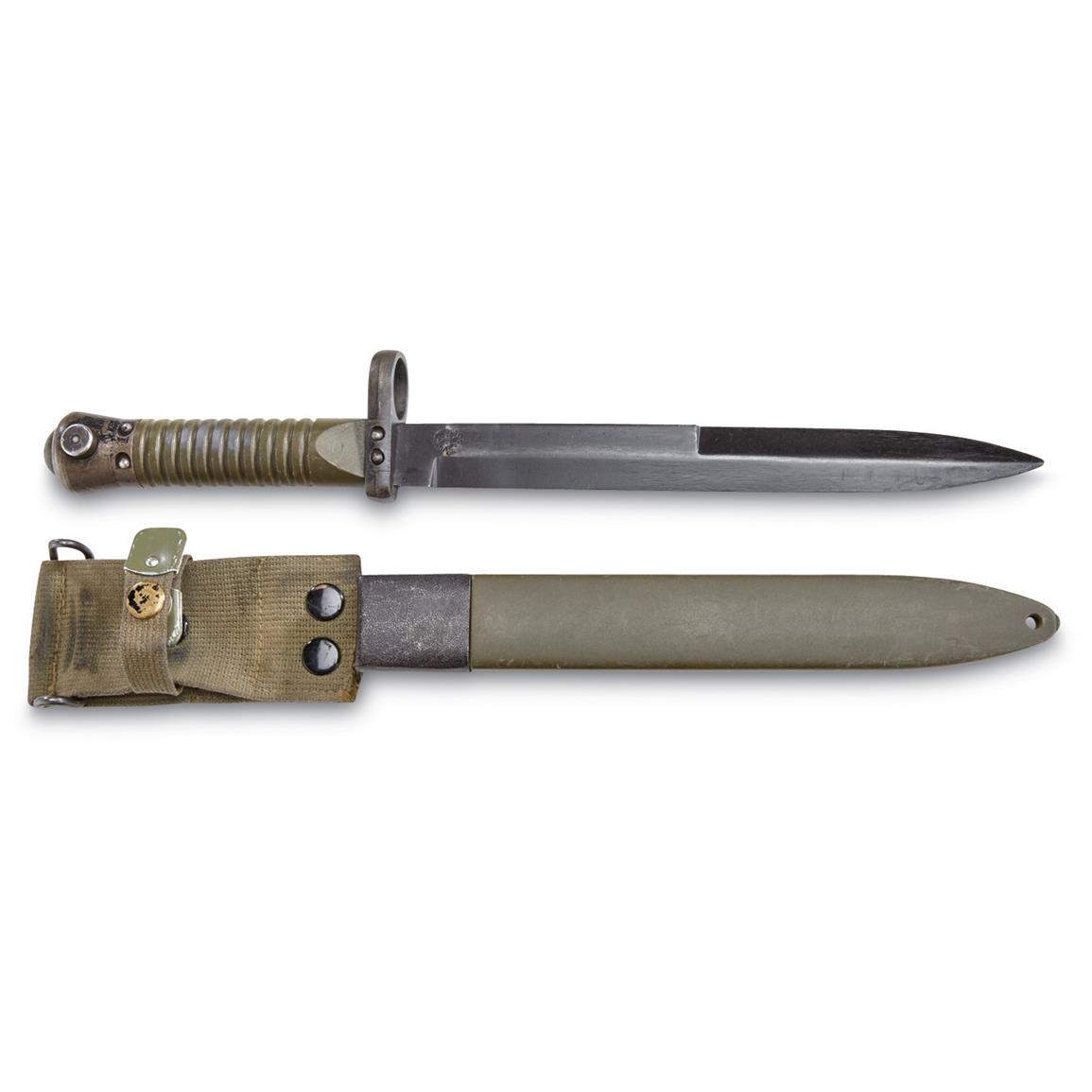 The CETME Model L Bayonet blade is patterned after the U.S. M4 bayonet, but is 2.25" (57 mm / 9") longer than the more common H & K G3 bayonet. It has an 11–groove green molded grip. There's a broad plain crosspiece secured by 2 domed rivets, similar to the Rheinmetall G3 bayonet. The blade, guard and pommel are painted black. The scabbard is closely patterned after the M1964 model sheath.

Be among the first to order ONLINE today!

Back to top
Spanish Military Surplus Model L Cetme 9 Bayonet with Sheath, Used is rated 3.7 out of 5 by 6.
Rated 3 out of 5 by Jimmy from Almost OK. Fine condition. Sharp. But will not fit my CETME spotter. No problem. I just wanted it as a collectible.
Rated 2 out of 5 by COON CREEK from This bayonet look really rough, misused and a very big disappointment . Got this Spanish bayonet in hopes it would fit my Spanish rifle it did not.
Rated 4 out of 5 by David from Interesting Piece In sound shape but has seen some use. Much wear on the blade and handle, but no damage
Rated 3 out of 5 by BMox from Nice weapon, but does not fit the M4 Customer service answered a question saying it fits the M4. It does not. Super annoyed.
Rated 5 out of 5 by VMJC from Nice addition I have 3 other CETME bayonets with slight variations, but this is the more obscure CETME L model, and that is why it's twice the price of the others.Came in very good condition, just wear on the clasp of the frog holder.Number and maker's mark very goodGood addition to my collection
Rated 5 out of 5 by Peka from Spanish Mod L bayonet Received my Spanish Mod L today and it is like new. Shows very little ware. Excellent bayonet for my collection. Thanks SG 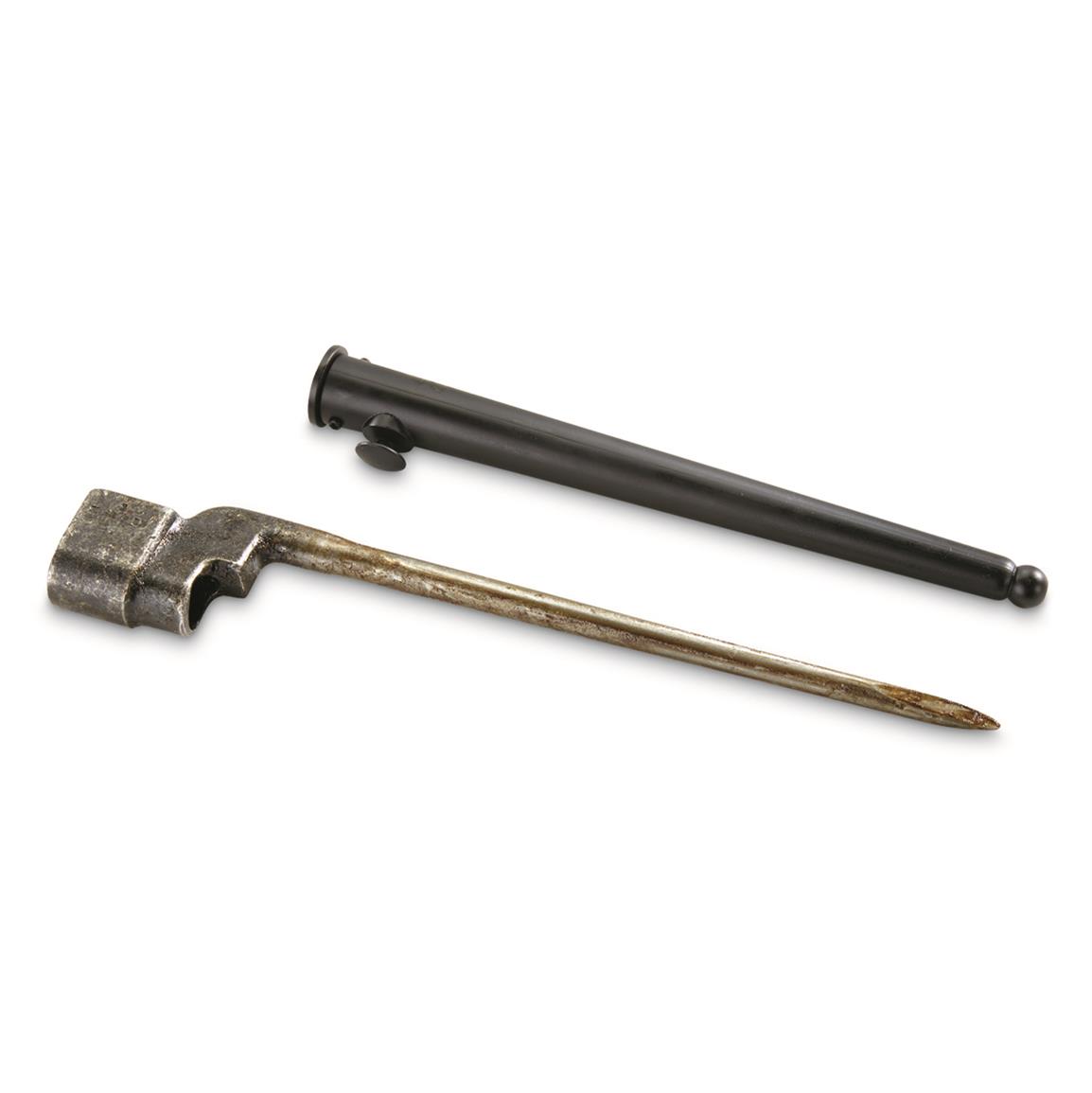 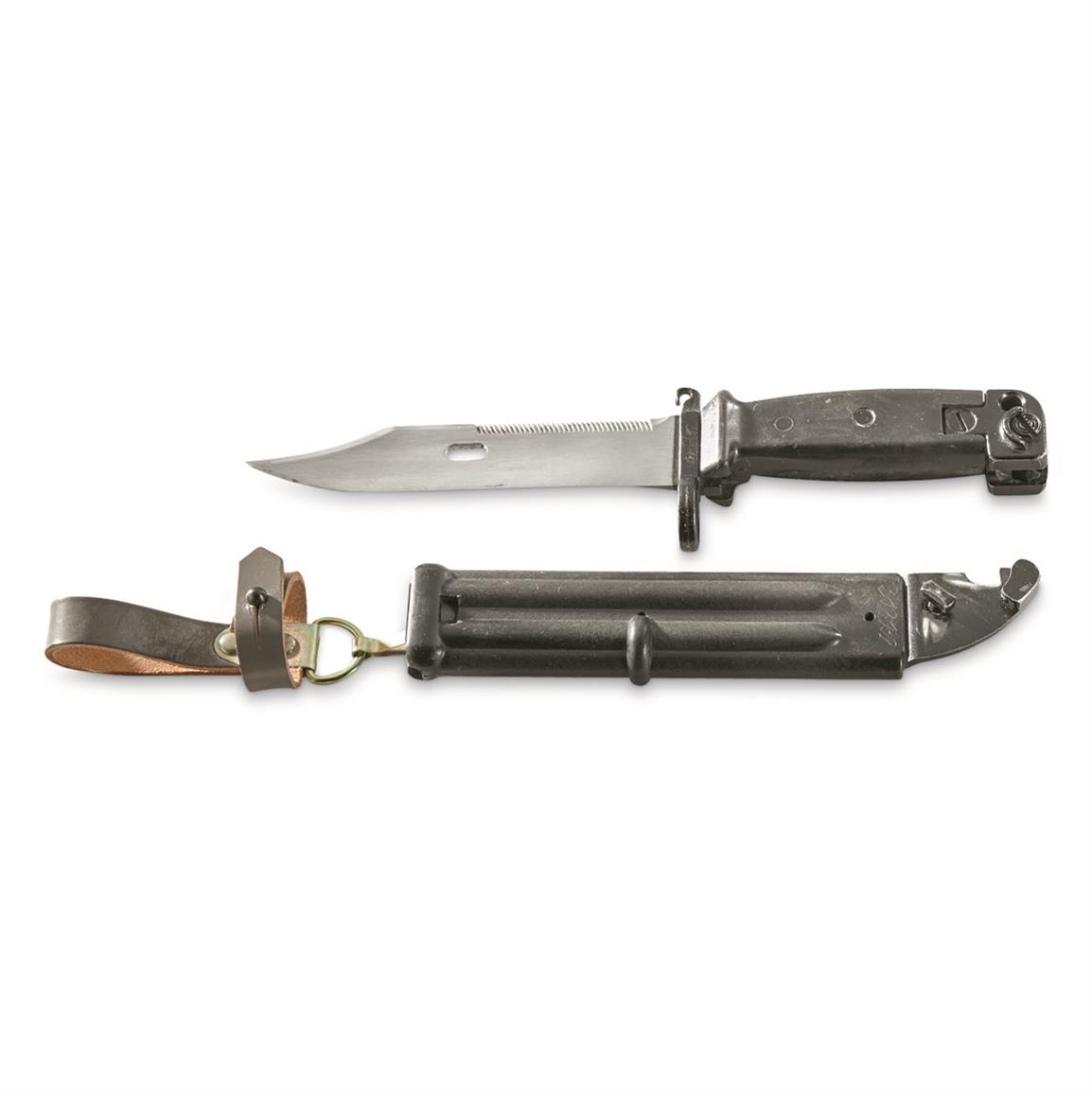 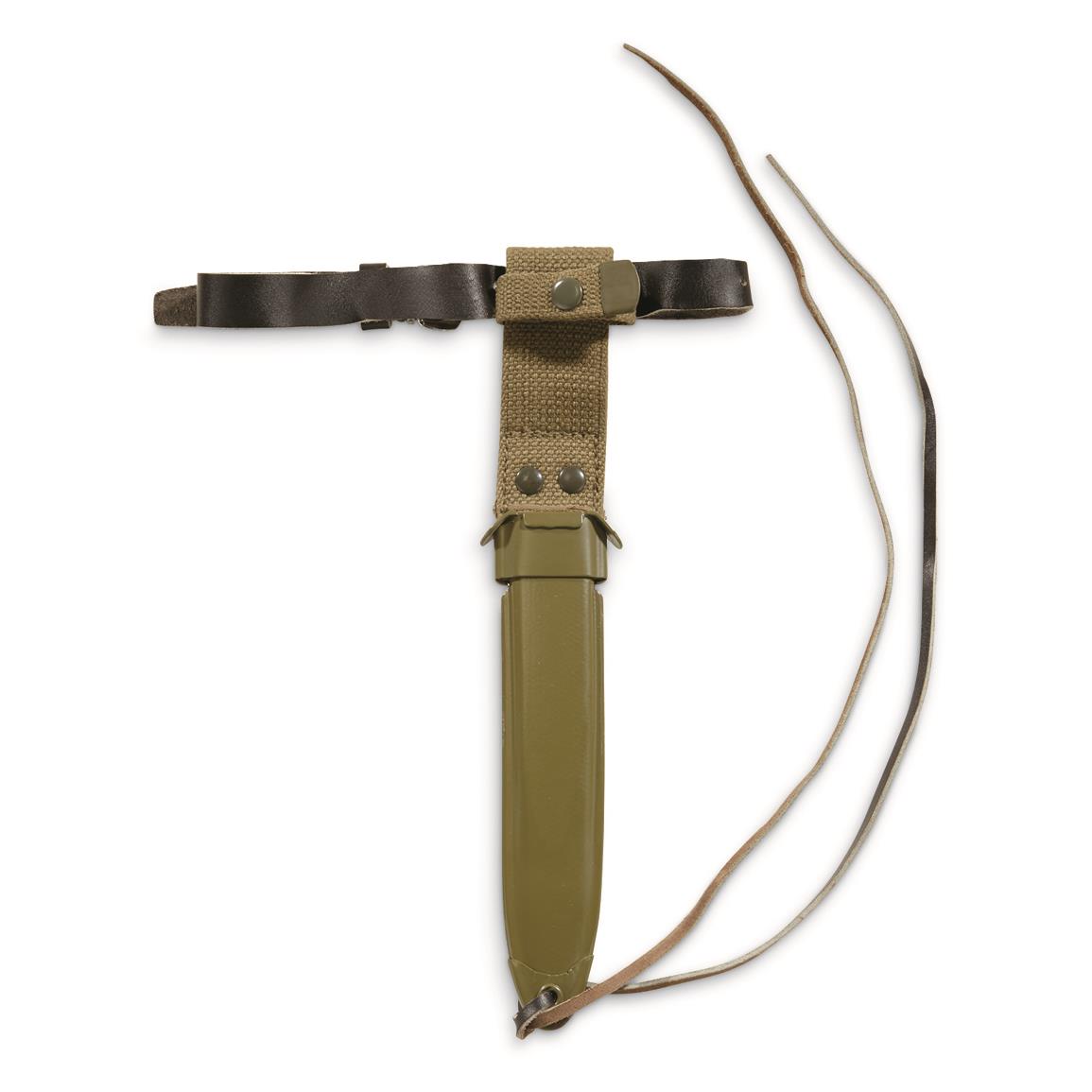 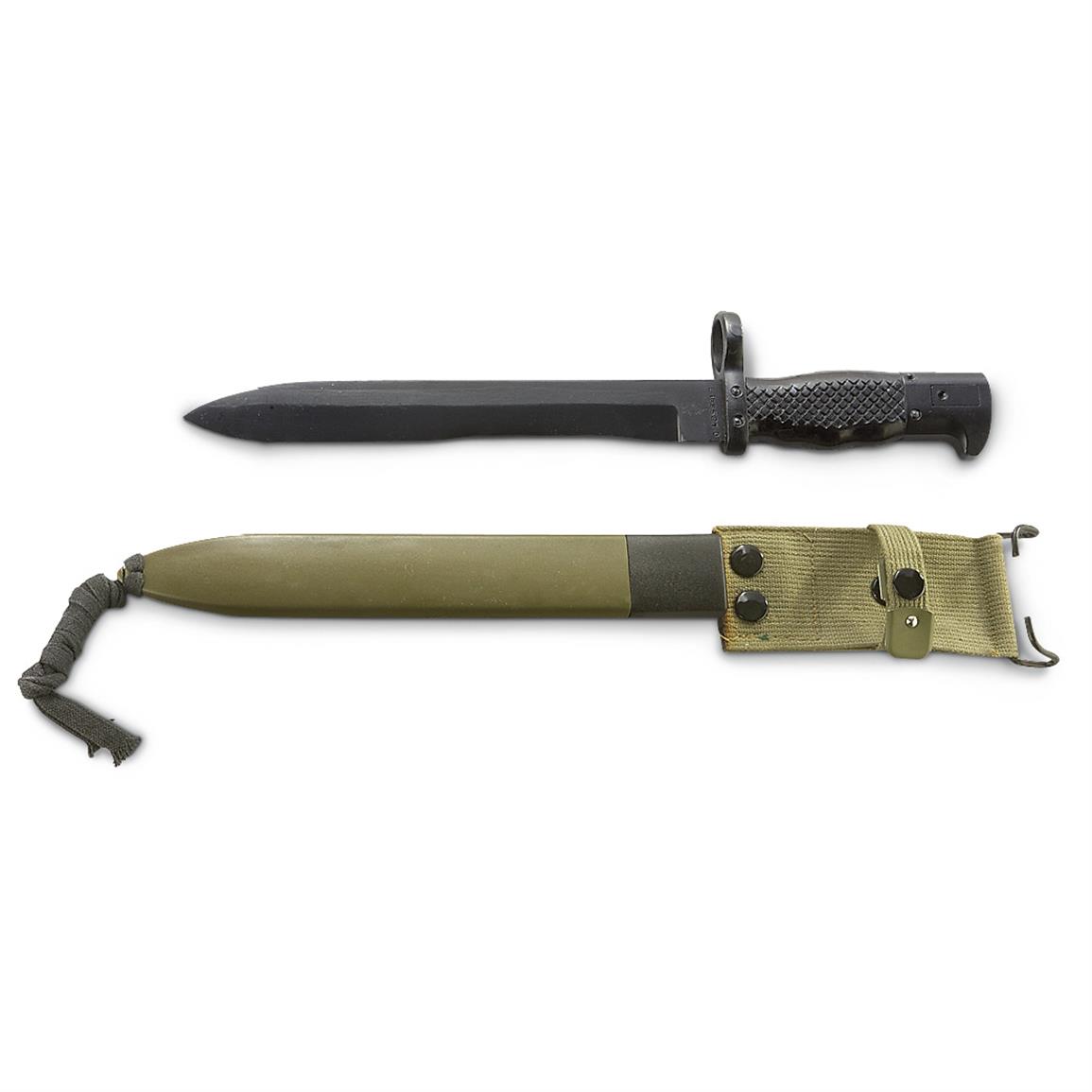