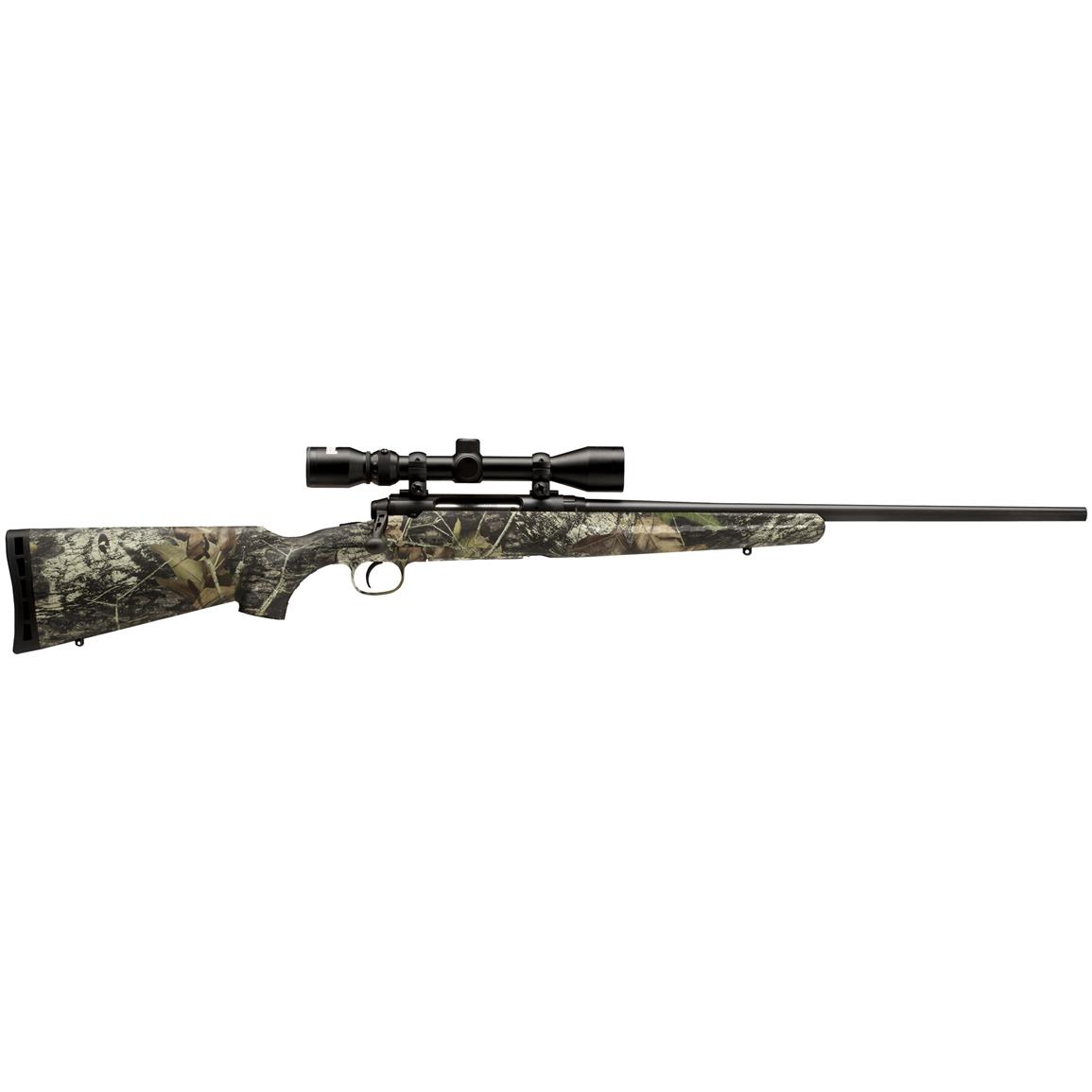 The Savage® Axis XP Camo Series Rifle is often a hunter's first exposure to the world of guns. Knowing that, Savage took the guesswork out of buying a rifle, scope and rings. It's a ready-to-go setup that offers a rare combination of convenience and affordability. But, don't think Savage skimped on quality. With features like a free-floating carbon steel barrel, camo synthetic stock, and factory-boresighted 3-9x40mm scope…you have a rifle that's ready to hunt as hard as you do.