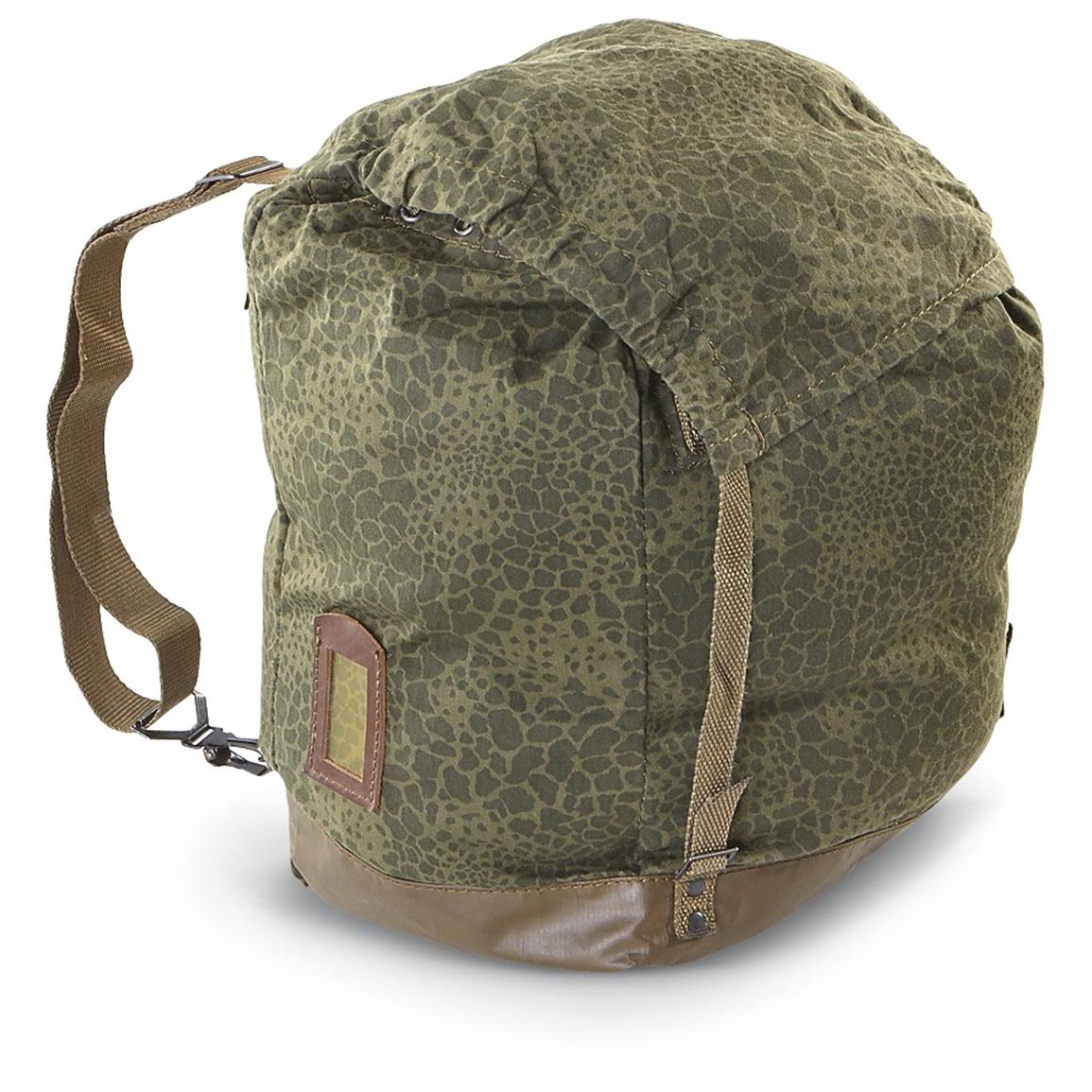 This Polish Zaba Rucksack can be used as a smaller 25L Assault-style Pack, or loaded up for a larger 50L full Rucksack-style configuration. Huge main compartment. 2 straps for shoulder support. With a cinch-tight flap to secure contents both small and large. Originally manufactured during the tail end of Soviet domination of Eastern Europe, this Bag was intended to be quickly issued and used with minimal training to Polish troops.

The unique wz89 Zaba camo (sometimes called Frog, Puma or Leopard) on this Rucksack was adopted by the Polish People's Army in 1989 and carried through its democratic revolution and onward to the mid-90's.