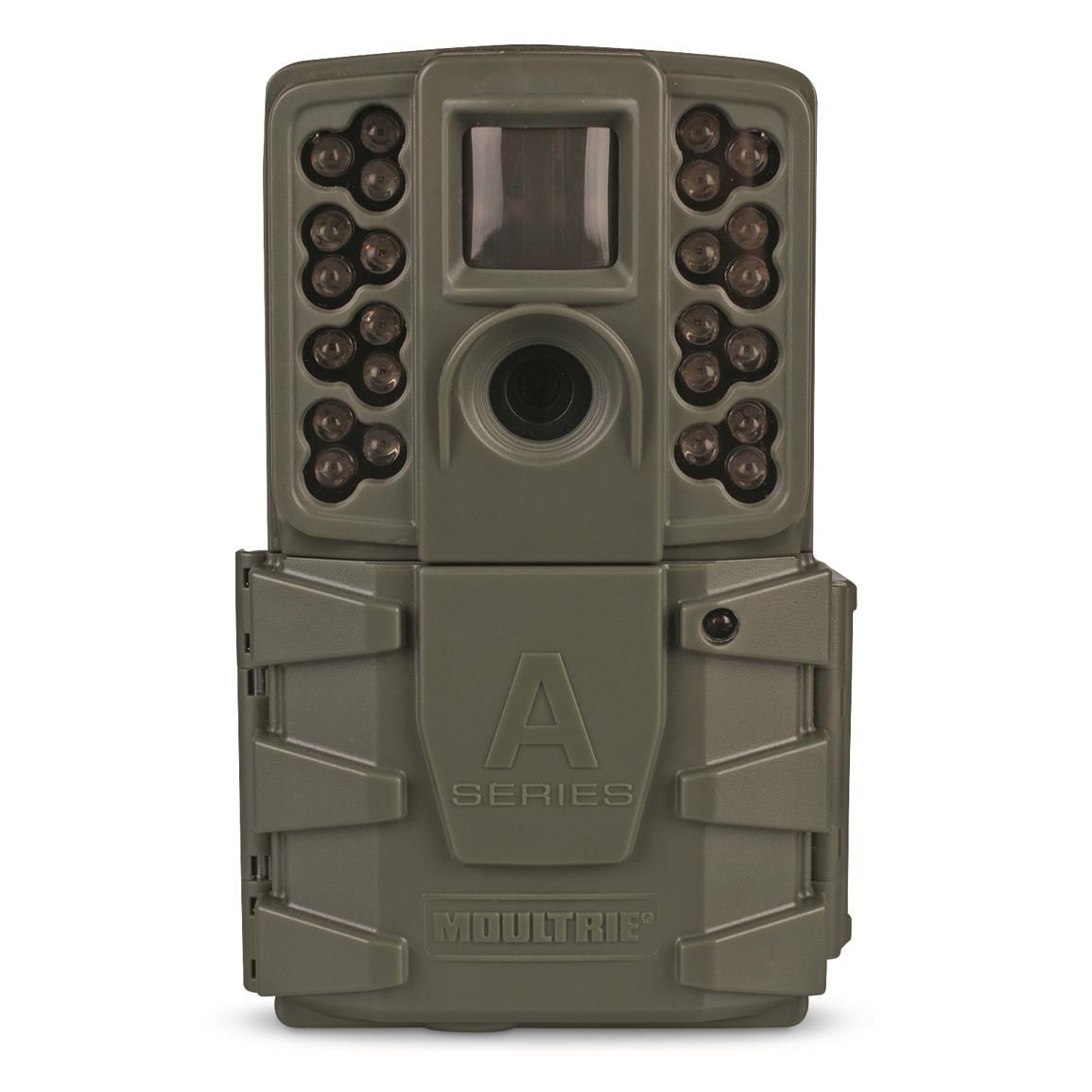 The Moultrie® A-25i Trail Camera sets you up for scouting success without costing a fortune. It features a 12MP photo resolution for crisp, clear pictures, plus its rapid 0.9-second trigger speed ensures you never miss any of the action. For nighttime scouting, it's equipped with 24 invisible IR LEDs that won't emit a red glow that's known to scare off critters and wildlife.