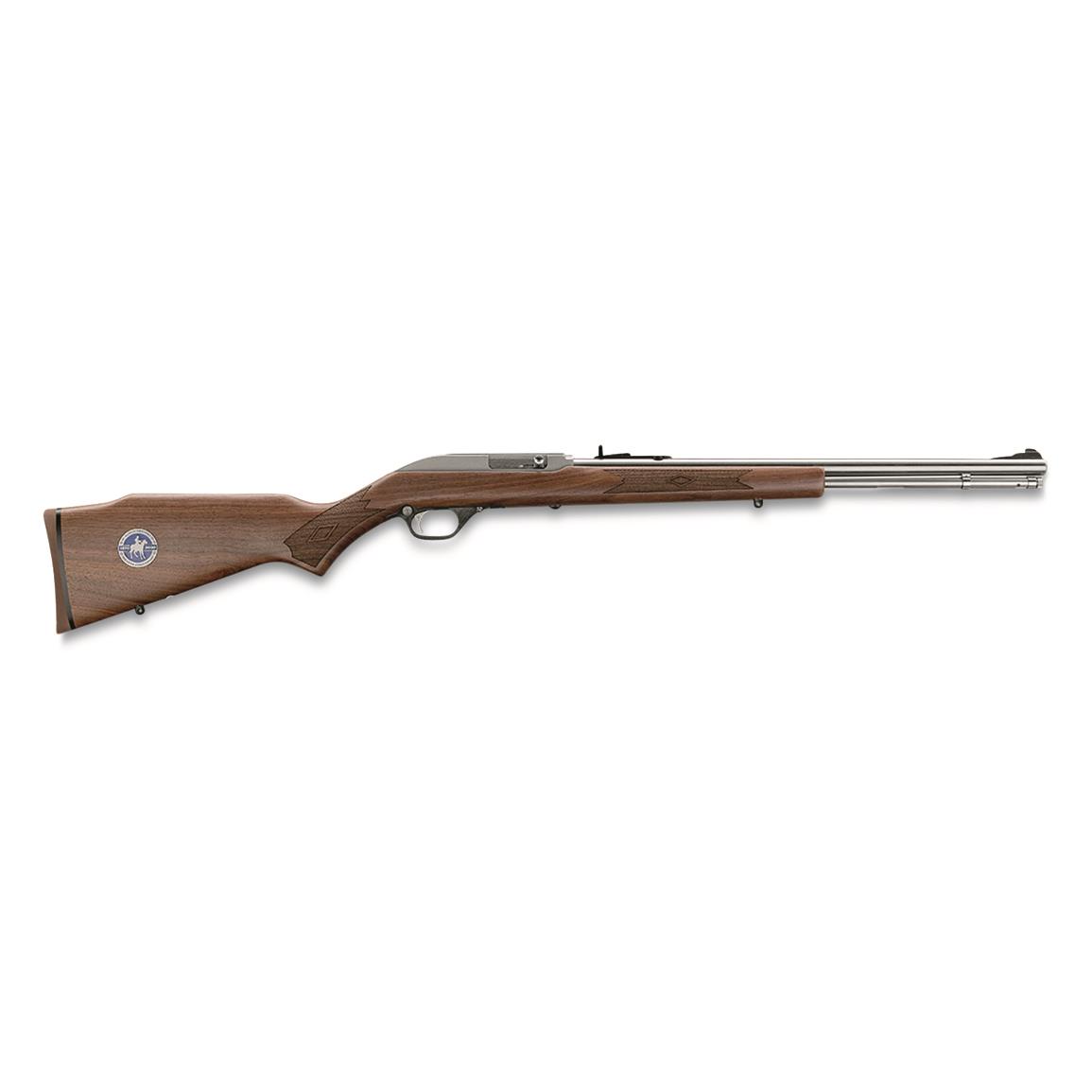 It's an American classic and one of the most popular 22s the world has ever seen—exquisitely crafted in every detail. Outfitted with an American black walnut stock with special 150th Anniversary medallion, 19" stainless steel barrel, adjustable sights, 14-round tubular magazine, and special serial number. It’s rimfire perfection, 150 years in the making.

Please keep questions relative to the product. If you have questions regarding availability (Back Order, In Stock, Pricing, etc.) please contact SG Customer Service at [email protected]rtsmansguide.com