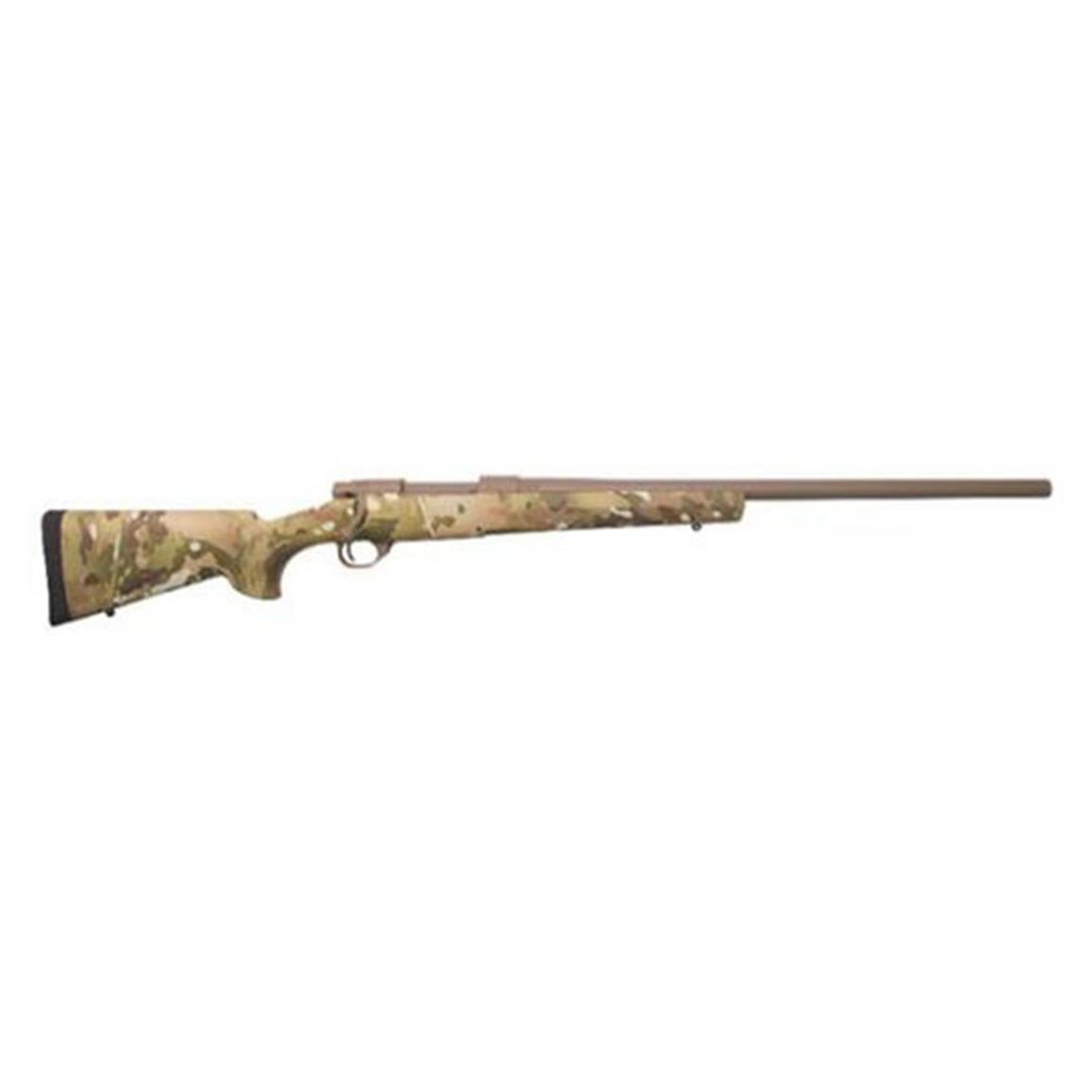 Photo may not accurately depict the item listed. Please be sure to carefully read the title and description of item before placing your order
Model: HGR93152MCCFDE
UPC: 682146373677

Built around the proven 1500 barreled action and featuring a heavy barrel, the Howa Rifle is built to boost your chances of hunting success. The Hogue® overmolded stock provides a nicely cobblestoned texture so your grip won't falter, even in the most undesirable weather conditions, and comes finished in MultiCam®.

The free-floated barrel is designed with tack-driving accuracy and impressive distance in mind. Throw in features like the H.A.C.T. trigger and reduced recoil and the trophies start piling up!

A little more on MultiCam.

The MultiCam pattern was developed to effectively limit the visual and near-IR signature of a person operating across a very wide range of physical environments and seasons. After many successful evaluations, after being proven in combat, and after becoming the officially issued pattern of the US Army for all Afghanistan operations in 2010, MultiCam is the proven multi-environment concealment solution.