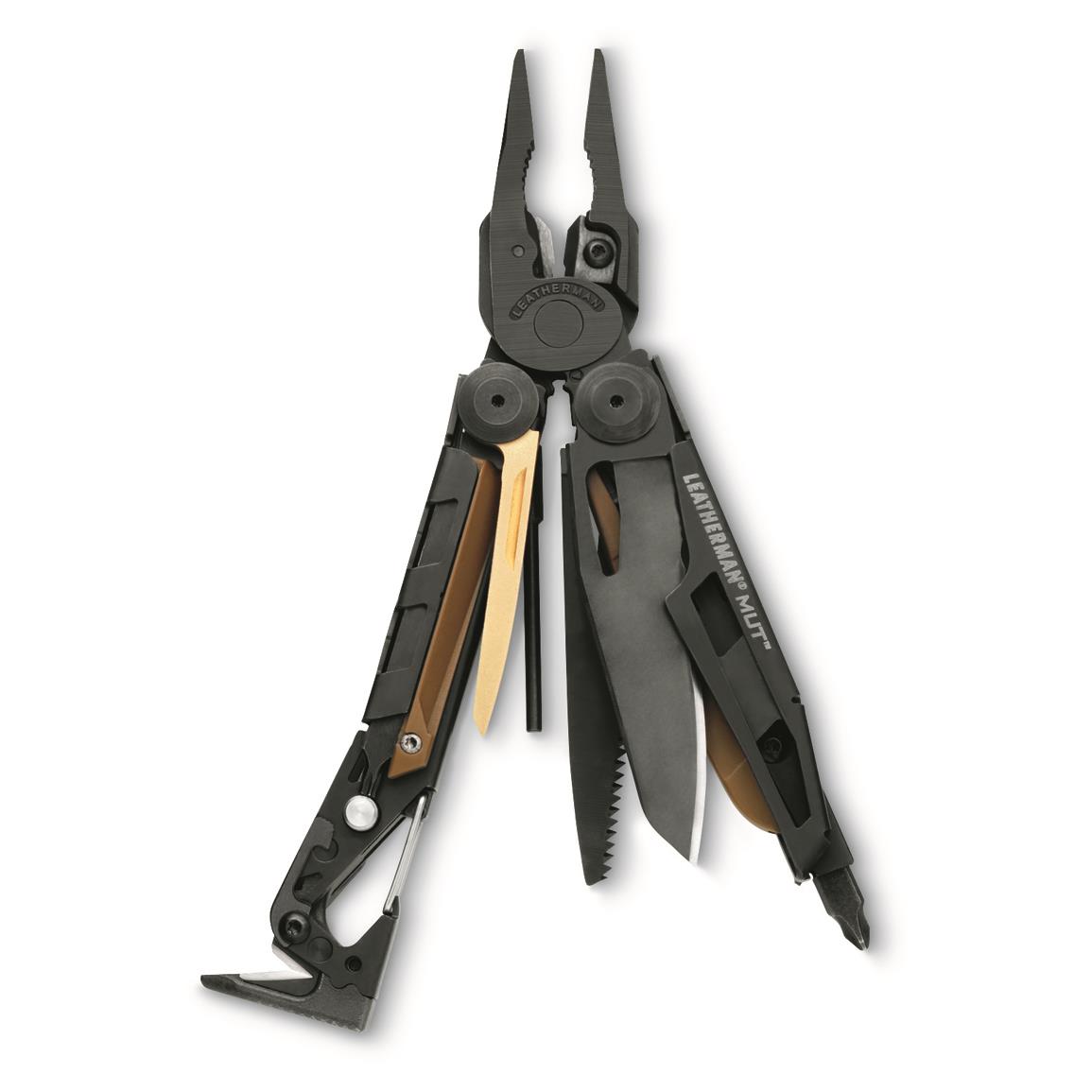 Now military professionals can get the hardest jobs done with ease using this MUT® Multi-Tool. It's specifically design to maintain military gear, which is why it comes equipped with a bronze carbon scraper, disassembly punch, bolt override tool and more. Multiple areas let you attach threaded cleaning rods and brushes. Use the standard screwdriver and Torx bits to tackle adjustments and gear breakdown. Other tools include a pliers, a 420HC combo knife, saw, hammer and more. Comes standard with a scope adjustment wrench, a front-sight adjustment accessory and MOLLE-compatible belt sheath.

When Tim Leatherman founded Leatherman Tool Group Inc. in 1983, he set out to create products that improve people’s lives. The Leatherman brand began in 1976 when Tim took his wife on a car trip throughout Europe. Plagued by fix-it situations, Tim created a cardboard prototype that would later become the ultimate pocket survival tool. Seven years and a great deal of hard work later, that prototype finally became the first Leatherman® multi-tool.