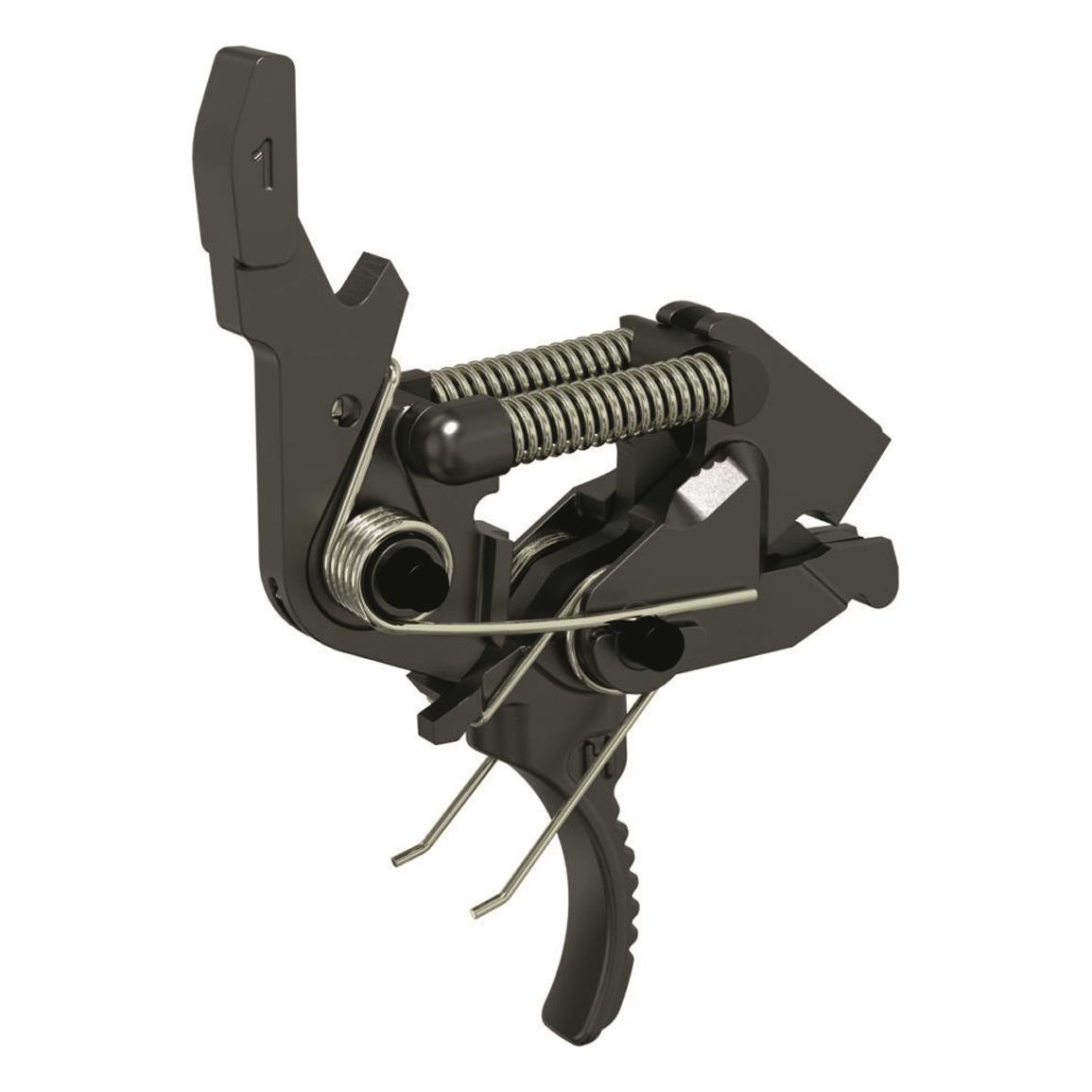 The all-new X2STM 2-stage Trigger delivers the same crisp pull and weightless break of HIPERFIRE® single-stage triggers, but features a distinct wall between the first and second stages that allows you to "prep" the trigger for enhanced control.

Proudly made in America, the X2S allows you to adjust pull weight via 2 sets of springs, and features Cam-Over Toggle EngineTM technology that reduces sear friction without sacrificing hammer strike power. During trigger pull, you're loading those toggle springs. At the point of trigger break, those springs propel the hammer forward with added "oomph." This allows the standard hammer spring to be ultra-light without the risk of light primer strikes. We think it's absolutely ingenious. And we think you'll agree.

More on the MOD-1

The MOD-1 design has a longer first stage than the MOD-2 or MOD-3 for a more defined first-stage prep, but shares the same curved bow and maganese phosphate coating as the MOD-2 design.