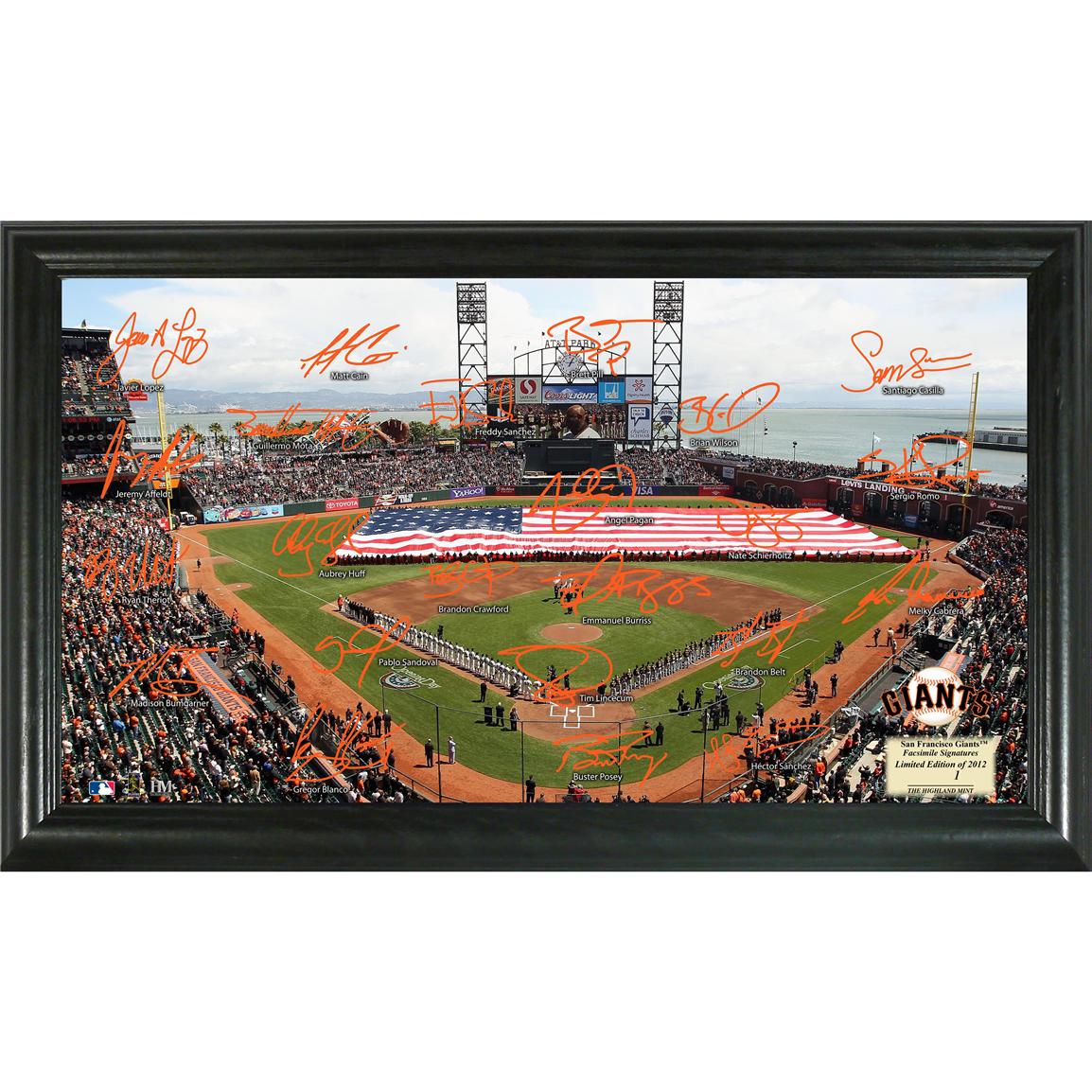 Each display is featured in a genuine wood frame, and comes individually numbered. Limited edition, just 2012 were made! Officially licensed by the MLB and the MLBPA. Proudly made in the USA. Player rosters and stadium photos may vary during the season.