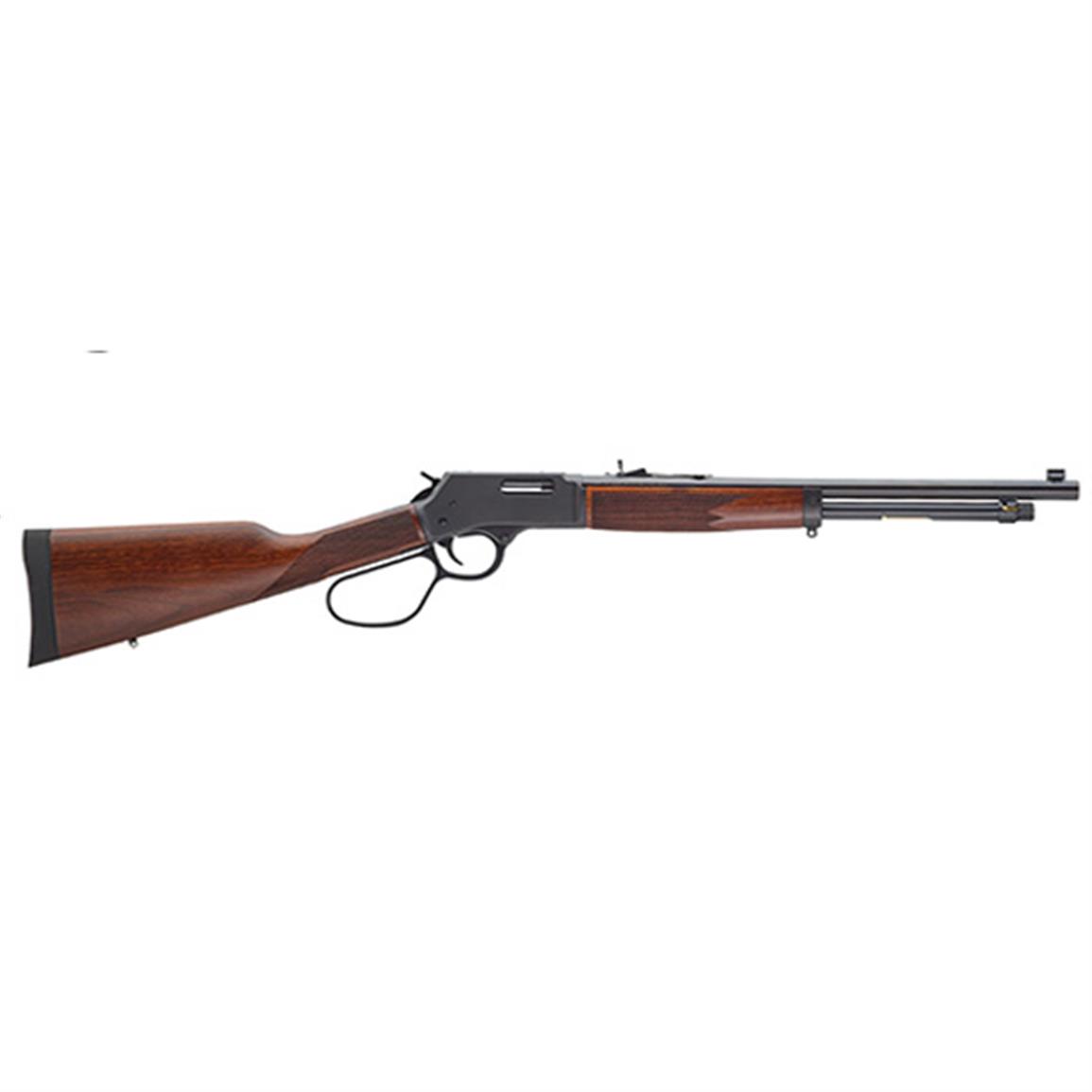 Photo may not accurately depict the item listed. Please be sure to carefully read the title and description of item before placing your order
Model: H012MR
UPC: 619835200082

The Wild West may have been tamed, but its spirit lives on. This big-bore Henry Lever Action truly lives up to its "Big Boy" name. Chambered in the venerable .357 Magnum, it's now ready for the modern shooter! If you're worried, the material is perfectly capable of handling .357 Magnum pressures, so don't hold back on that account.

The Big Boy Steel carries on the same brush gun appeal of the brass-framed Big Boys in its overall configuration, but with upgraded features for the modern hunter, while weighing in 1.68 lbs. less than its shiny cousin.

Shoots like a dream, looks like a showpiece... on the wall, for the hunt, or for Cowboy Action, you can't beat a Henry.