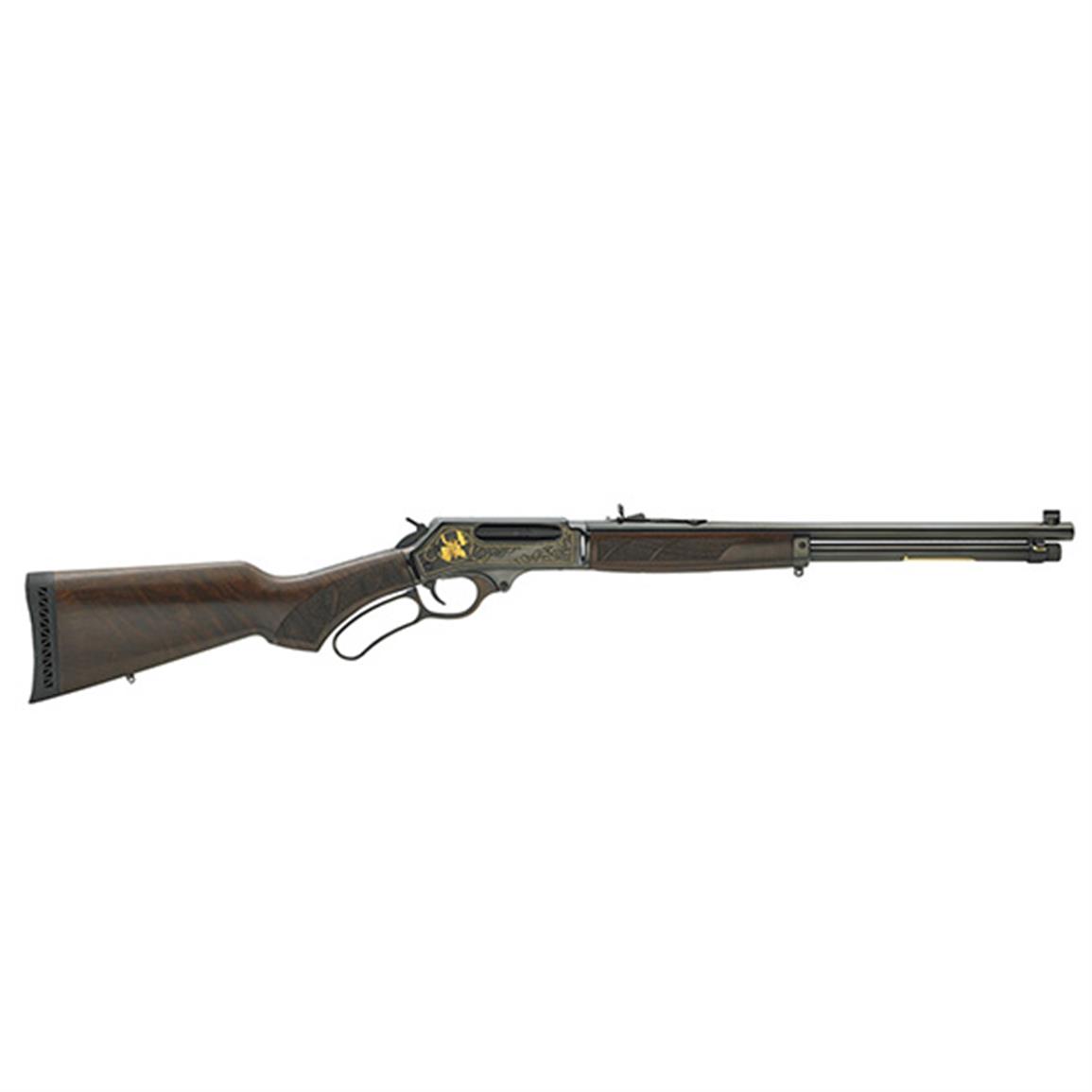 Whether you need fast repeat shots in the bear country of Alaska, or just a short, light rifle for deer hunting in the mountains of Pennsylvania, the Henry® 45-70 delivers, with accuracy and reliability you can count on!

It's beautifully crafted, like all Henry rifles, creating a showpiece that really performs. Its pistol-grip buttstock and steel-capped forend are crafted of beautiful American walnut and cut with checkering to provide a sure grip. Because the receiver is drilled and tapped, scope mounting is an easy option.

The Wildlife Edition: a Tribute to the American Hunting Tradition.

Since the earliest days of American colonization, through the inevitable expansion of the Frontier driven westward by explorers, adventurers, and settlers, and on to modern times, the rifle has played a key role in a part of life as old as mankind himself.

Regardless of wealth or social status, hunting is an American tradition shared by all levels of society, and Henry Repeating Arms tips a hat to that tradition in the Wildlife Editions Rifle. Each has a highly engraved frame featuring American vine scroll and braided borders surrounding the portrait of a stately buck’s head on the right side panel, with the same motif setting off a leaping buck on the left side.