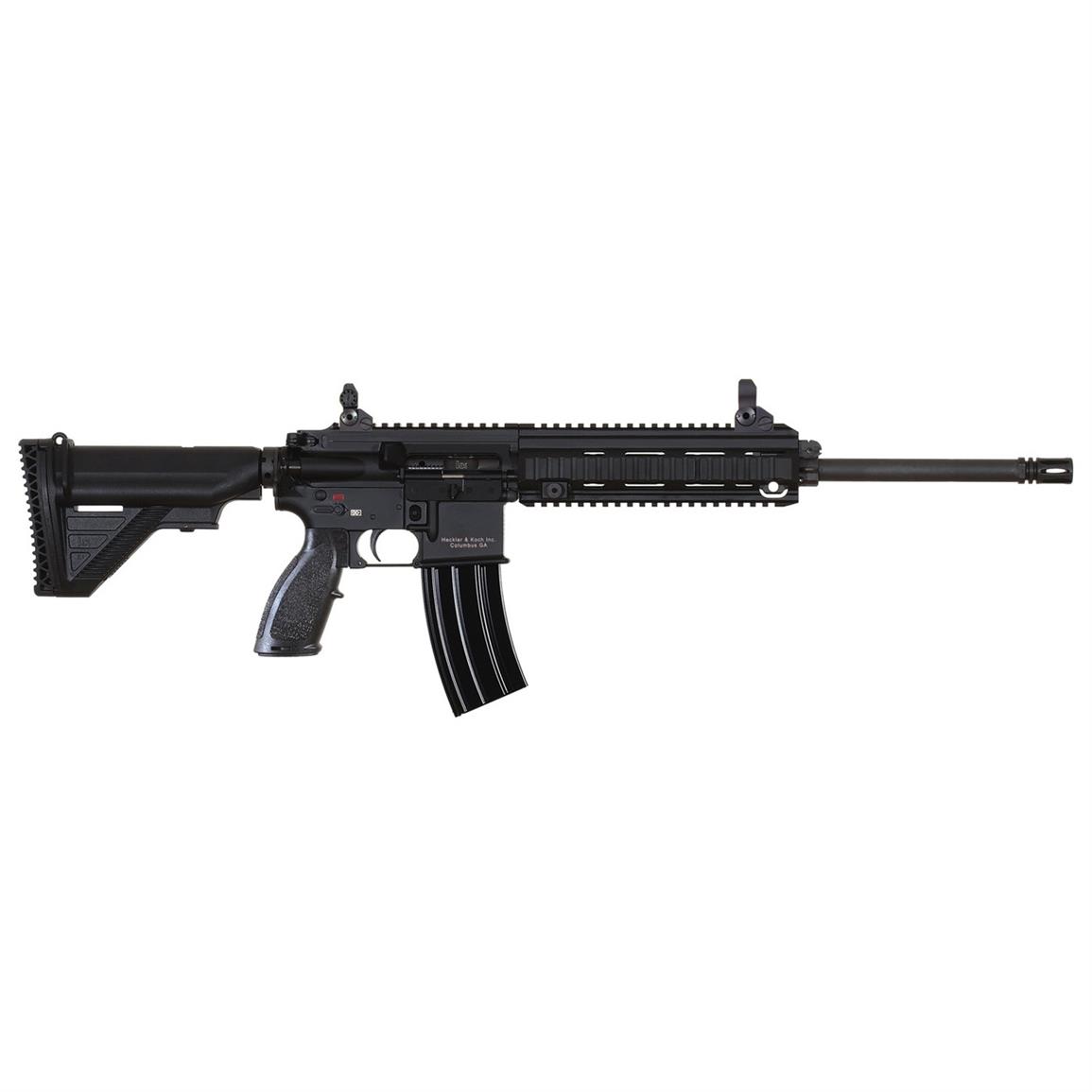 A direct descendant of the HK416, the MR556A1 is a AR-style Rifle developed by Heckler & Koch®. Like the HK416, the MR556A1 represents a major upgrade over conventional AR-type carbines and rifles. The MR556A1 uses the HK proprietary gas piston operating system, employing a piston and a solid operating "pusher" rod in place of the gas tube normally found in AR-style firearms. This method of operation virtually eliminates malfunctions that are common to direct impingement gas systems since hot carbon fouling and waste gases do not enter the receiver area. This is the same key feature critical to the success of the HK416 rifles used by leading military and law enforcement professionals. If top-end is what you're looking for, look no further.