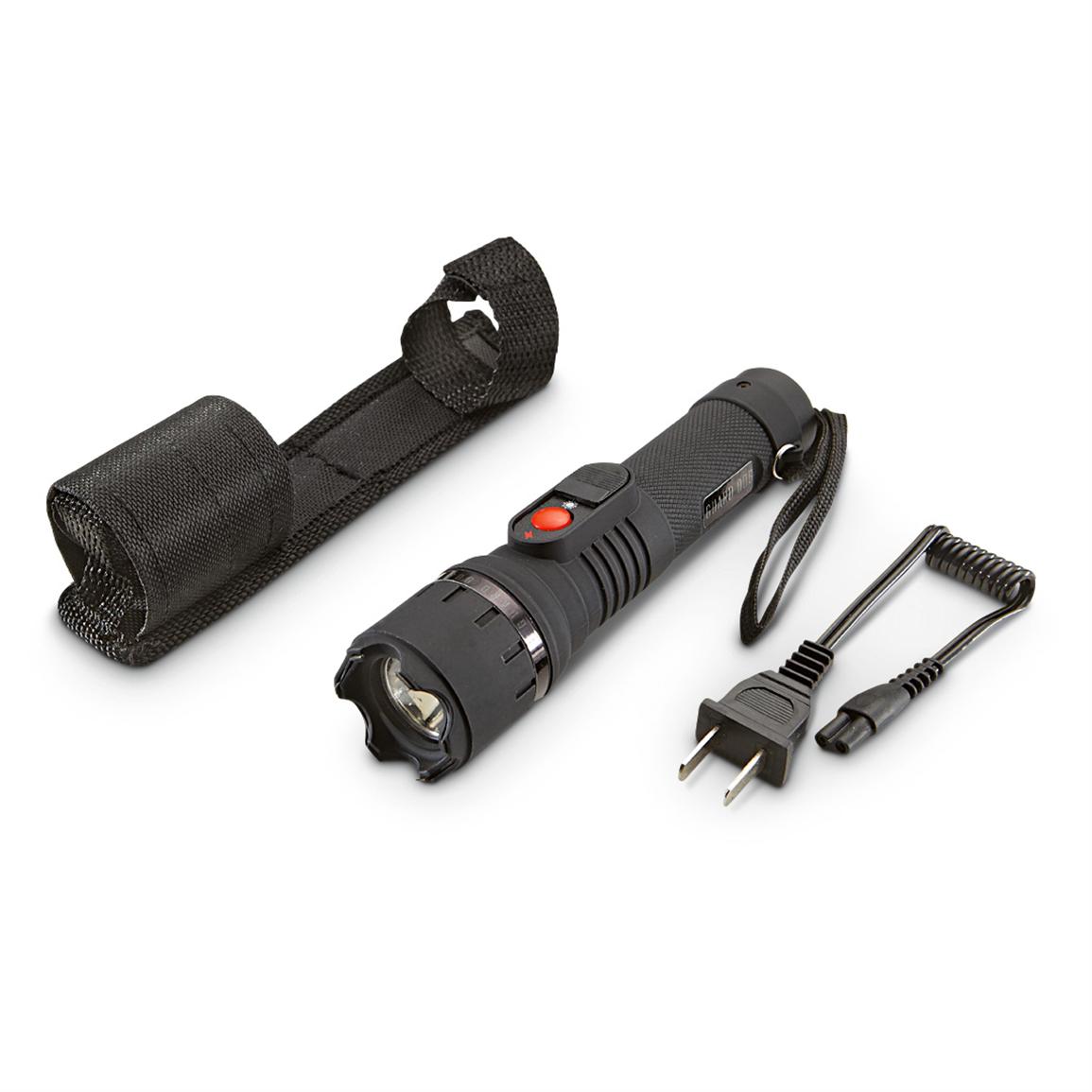 For years, Special Operations worldwide have used the word "stealth" to describe any covert devices and equipment. The Guard Dog Stealth is just that. It's a sleek flashlight with Guard Dog exclusive Concealed Inner Stun TechnologyTM, which means there are no visible prongs. Hidden probes are located within the outer layer of the flashlight, never to be seen unless you need them. Plus, you never have to worry about dropping it because the body is covered in an attractive rubberized armor for a secure and firm grip.

It's also a flashlight.

The Guard Dog Stealth is not only a stun gun, but it's also a 110-lumen flashlight. It lets you illuminate even the darkest corner or parking garage. The beam shines dozens of yards away while acting as a blinding agent to potential assailants. With the swift movement of the safety-switch, the Stealth turns into a powerful self defense device, capable of protecting against violent crime before it happens.

Back to top
Guard Dog Stealth Stun Gun Flashlight, 4 Million Volt is rated 4.4 out of 5 by 45.
Rated 4 out of 5 by WetDog from Works well Overall I like the Guard dog , the only thing I see is switches are not as good for quick response situation as the safety switch (flash lite on) lends its self to more of a two hand operation , so response time to threat might not be as timly as a one hand switch configuration . I will have to do some practice with to see if I can prefect one hand activation , might be I just need to lean how to use it better.
Rated 5 out of 5 by Kable from Zeus flashlight very bright, very funtional
Rated 3 out of 5 by GuyT from It was a good Idea I liked it but I didn't get the belt carrier.
Rated 4 out of 5 by gebo from Nice package The light is not as bright as I had hoped. The selector for light and stun could be more separate to avoid mis-haps. Other than these minor dis-likes,, I believe this is a good deal
Rated 5 out of 5 by Rick from Really an impressive stun gun on a small flashlight.
Rated 1 out of 5 by STEVE from Bad pouch, and lost the tiny metal on the front of the flashlight Now work only as flashlightThe good: ONLY ONE! I don't need new battery... Just plug it!!When the light no work... I trash away.
Rated 4 out of 5 by drdwhiz from Decent Light and OK Stun Gun in a Small Package The light is a good one - a single strength beam, no flash, but bright. The stun gun is good for such a small package. It comes with a decent holster and a charger cord. The one drawback is that the safety switch on the tail cap disables the light as well as the stun feature, so you cannot use the flashlight without the one touch stun button being active, and you cannot use the light when the safety switch is engaged.
Rated 2 out of 5 by ticked off from the red slide is to loose wont stay in postion. 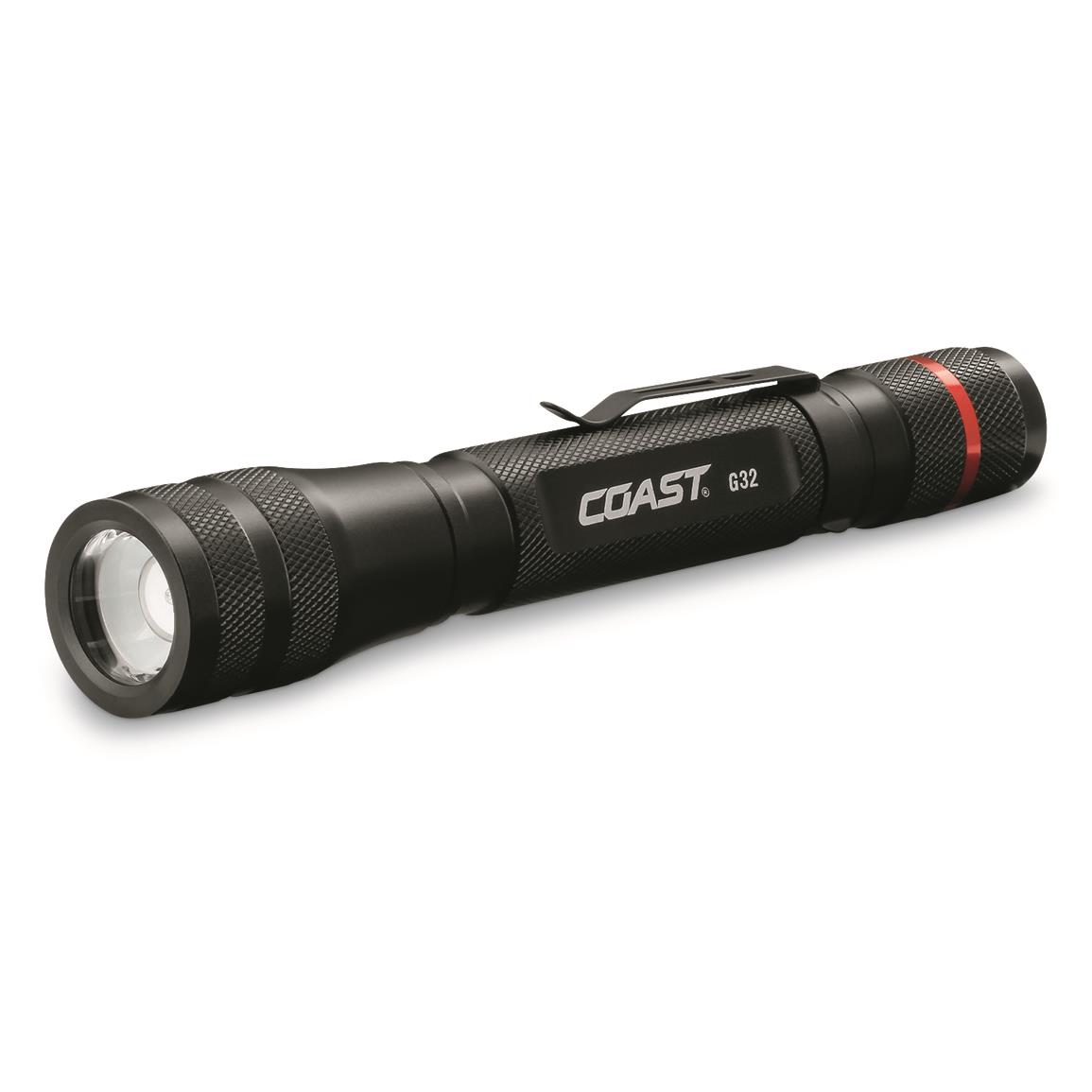 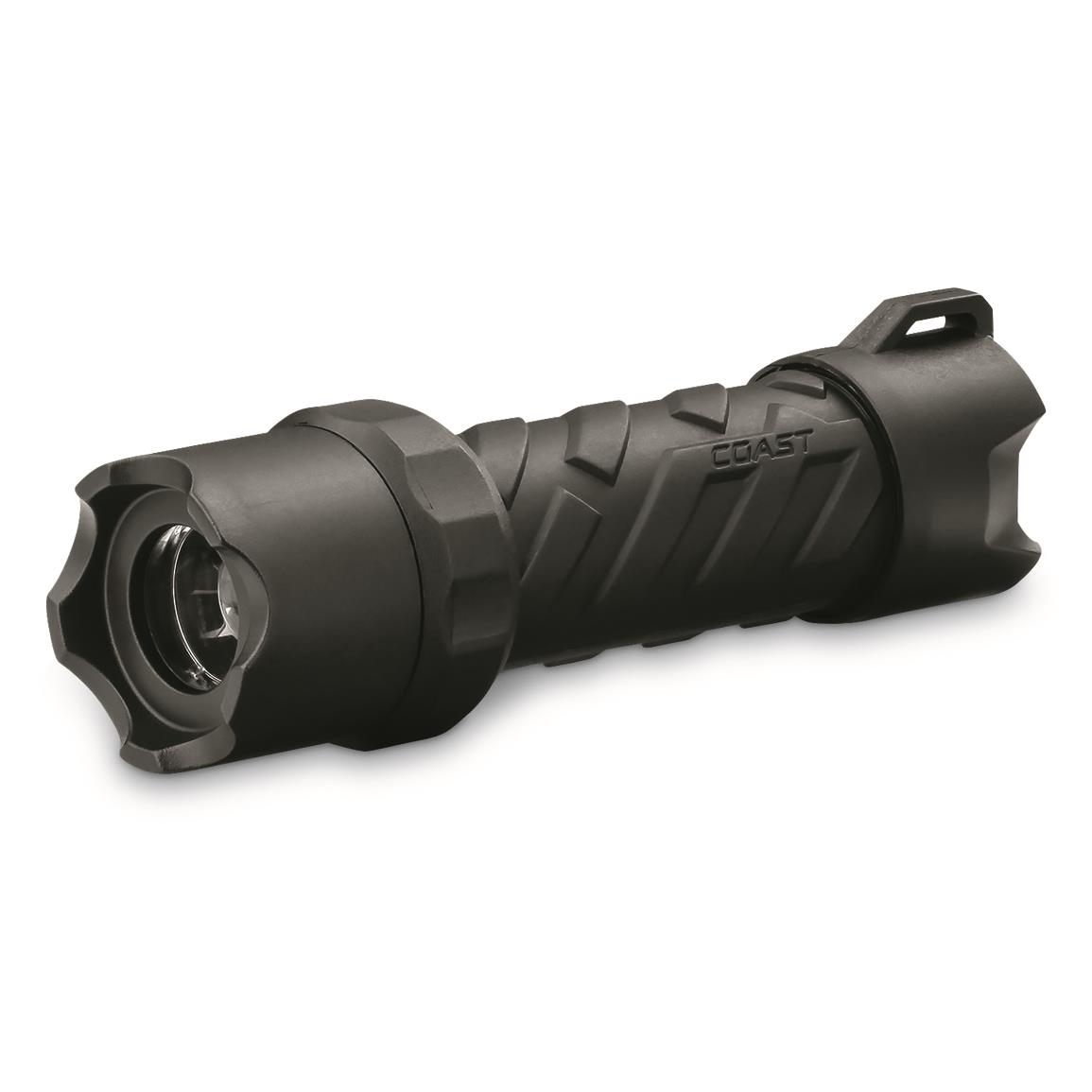 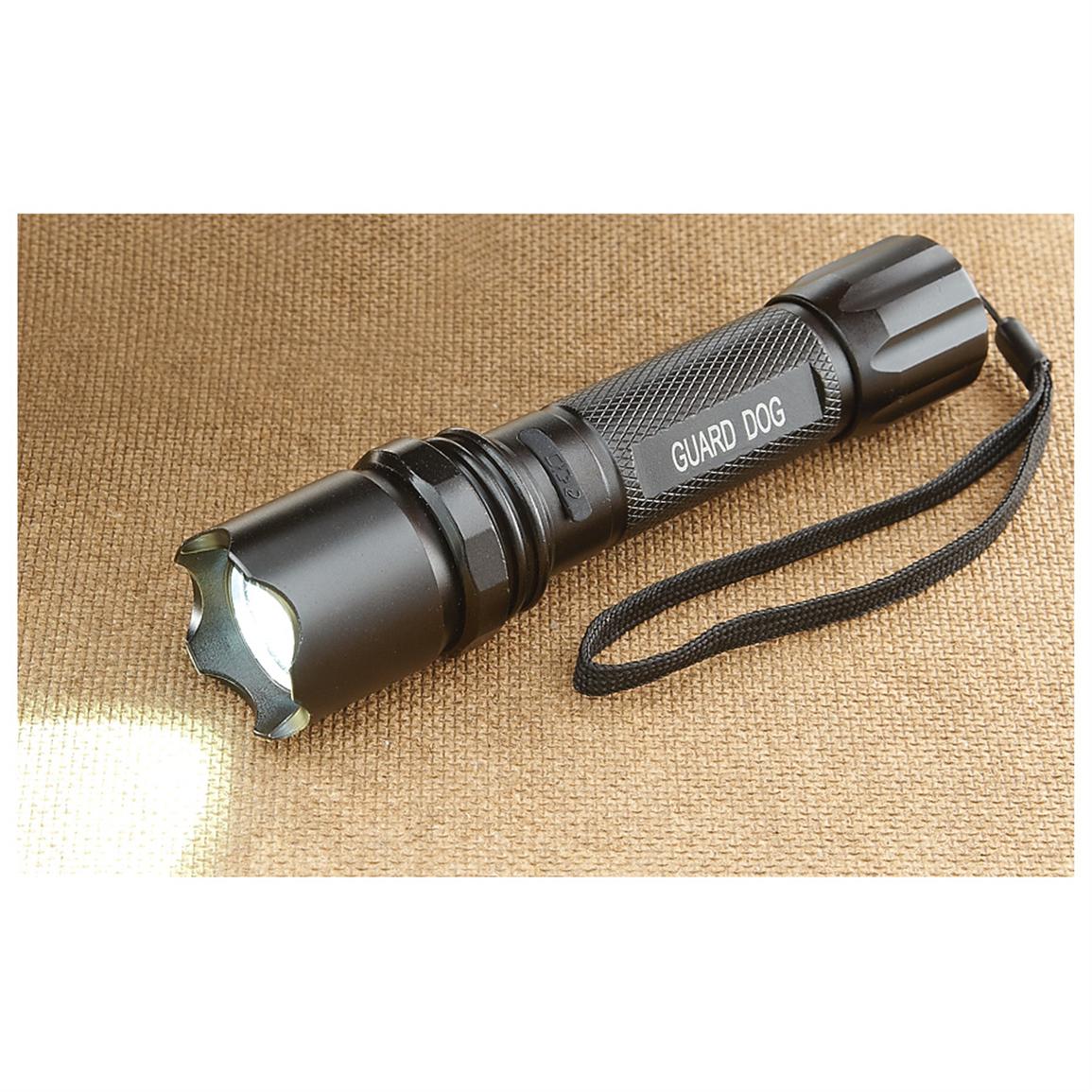 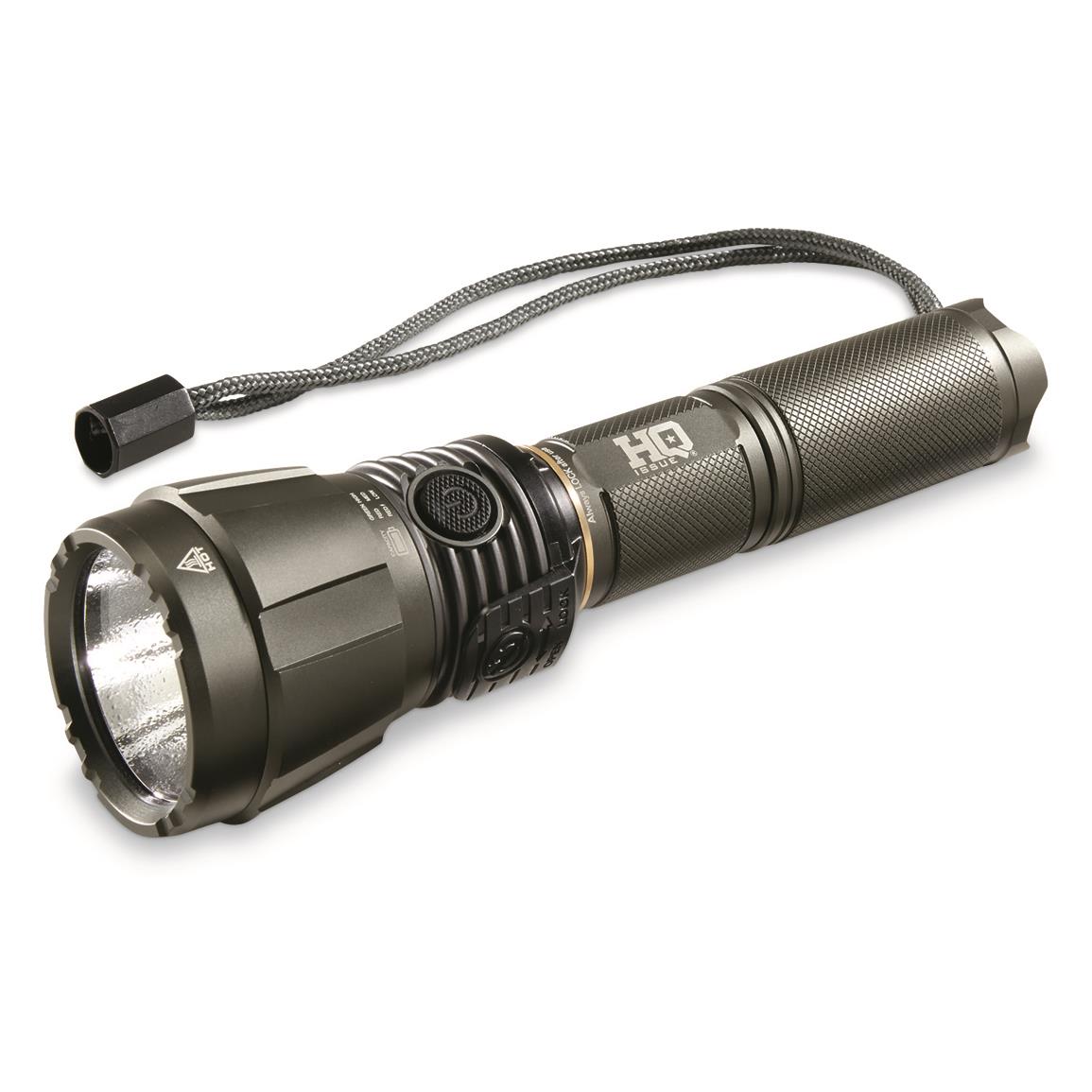