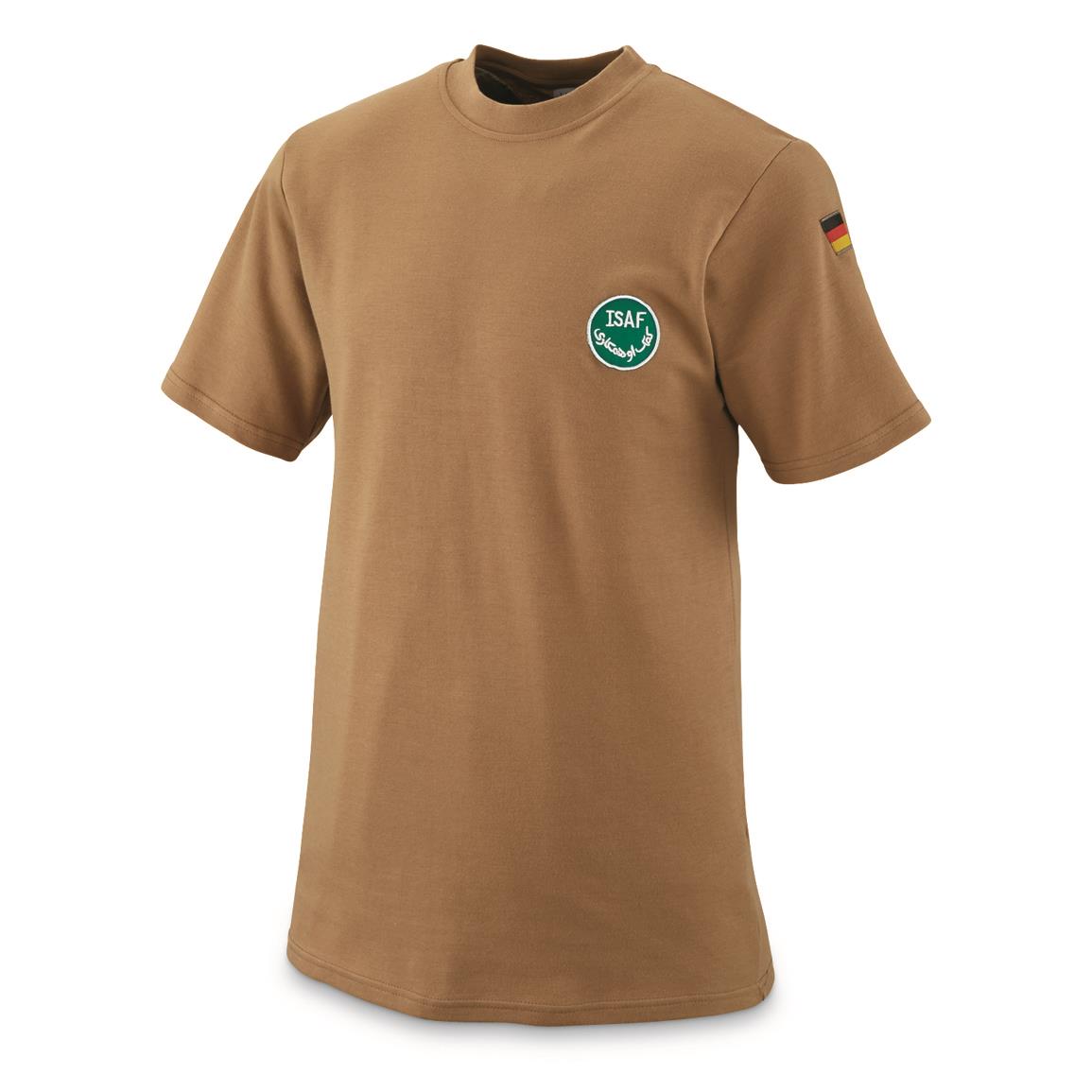 The ISAF (International Security Assistance Force) was a joint mission established in 2001 by the U.N. Security Council and NATO for rebuilding key government functions within Afghanistan. This German Military Special Forces Shirt displays both the official ISAF logo as well as German military insignia. Both a real piece of history, and a functional T-shirt for displaying unmistakable military style.