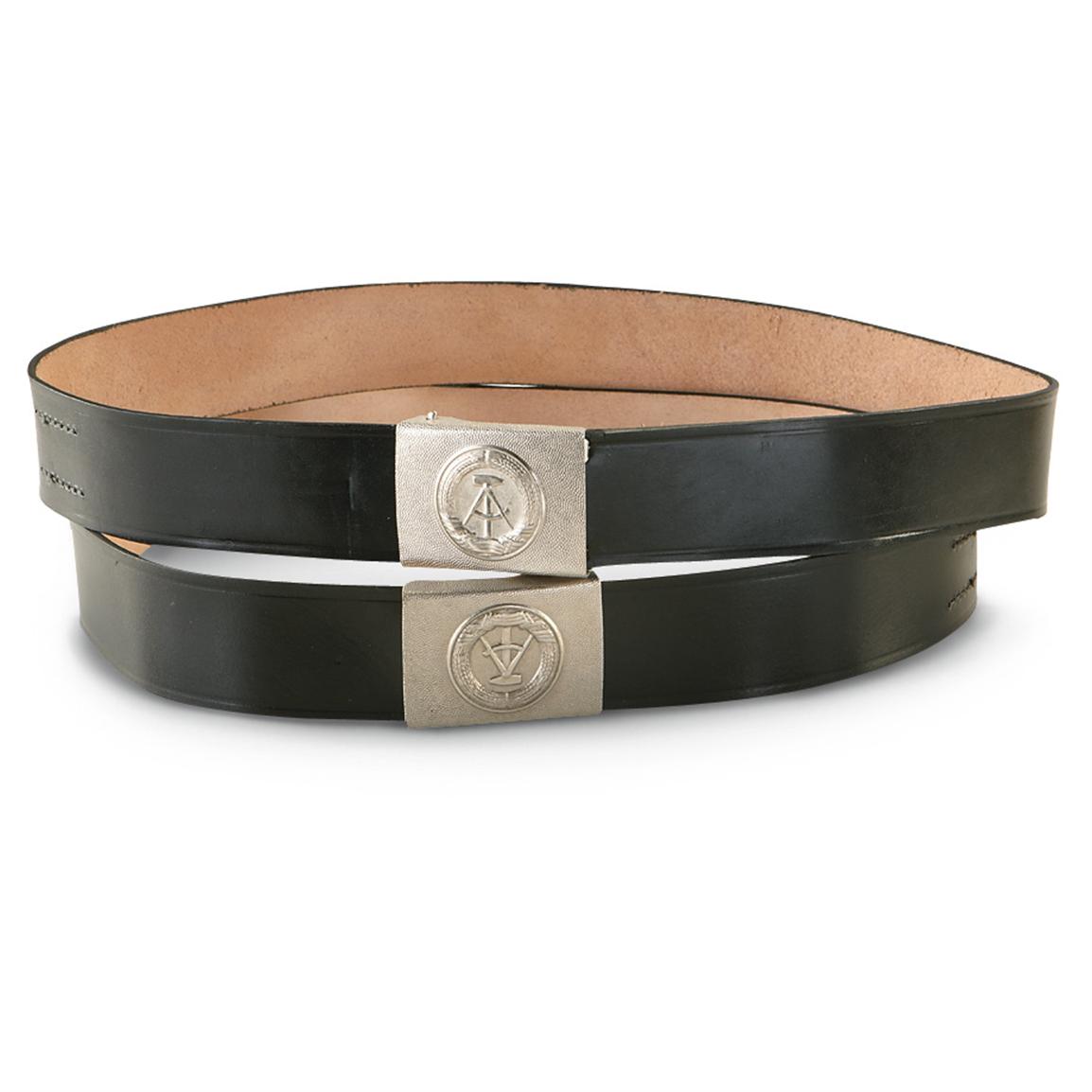 East Germany (aka the German Democratic Republic) was once one of the "jewels" of the Soviet military machine. At the height of the Cold War troops of the National People's Army (NPA) were likely to be found anywhere military training was requested throughout the Soviet sphere of influence. Each of these Belts combine a rich black semi-gloss leather with a metal buckle displaying the East German national emblem. Both completely functional, and eye-catching artifacts for your Cold War military collection!

Back to top
East German Military Surplus Enlisted Belts, 2 Pack, Used is rated 4.1 out of 5 by 17.
Rated 5 out of 5 by Luftwaffe from Historical & Useable The two belts I got were perfect for what I wanted. The first belt is completely unissued with a clear NVA stamp on it (Nationale Volksarmee) The second belt definitely has loads of history behind it. There are multiple German names, dates, and east German towns written on the inside in pen. If only the thing could talk! These belts are exactly what I wante. I can wear the unissued example, and add the well used historical one to my antique military collection. Thanks SG!
Rated 4 out of 5 by Dave L from Small sized belts I like MILSURP former Warsaw Pact equipment in general, as it's really very good stuff! This set is however a smaller size than is useful to me. Good condition, nice buckles, etc. Just be aware if you're 36" plus, that they won't fit.
Rated 4 out of 5 by Tarheelriever from Good condition serviceable belts Good quality used leather belts, the two I received had their Gefreiter’s names on the insides. All in all for being 30 some odd years old, they’re in decent shape.
Rated 3 out of 5 by Nate from Good for the price I received two belts, both used, one in fair condition and one in poor condition. The one in fair condition was easy to restore with mink oil and touch up with leather polish. The buckle was dinged but in good shape. The poor condition belt was well used, leather warn and buckle rusted. All in all, still a good price for one wearable leather belt. I kept the more warn one more as historical souvenir. The picture is the belt in better condition.
Rated 5 out of 5 by Sharky from New Condition The two belts I received were exactly as pictured in the catalog photo. The belt buckles are in never issued condition and there leather belts are in never issued condition, with some light storage wear on one belt. One belt had very nice maker's stampings, the other was blank. I ordered a size medium. The leather belt portion is 39 1/2 inches long. With the buckle installed, it should fit at about 32 inches to 40 inches. These belts are a great deal. Heavy leather and solid construction. They are nearly identical to the old WW2 belts, only with the East German ComBloc emblem.
Rated 5 out of 5 by Engineer from Excellent The belts are better than expected. Usually the military belts are on the small side for me, not so here. I'm about 42" waist and I use the tightest setting. Looks good, nice silver/nickel/chrome looking buckle, wide black leather perfect fit with my jeans, no roll over and it is not super tight on the belt loops.
Rated 5 out of 5 by MICHAEL G from My belts were in pretty good condition, Black leather is getting expensive to purchase.
Rated 5 out of 5 by KEVIN from Buckles appear never worn, however the belts show some use, still an awesome piece of history. 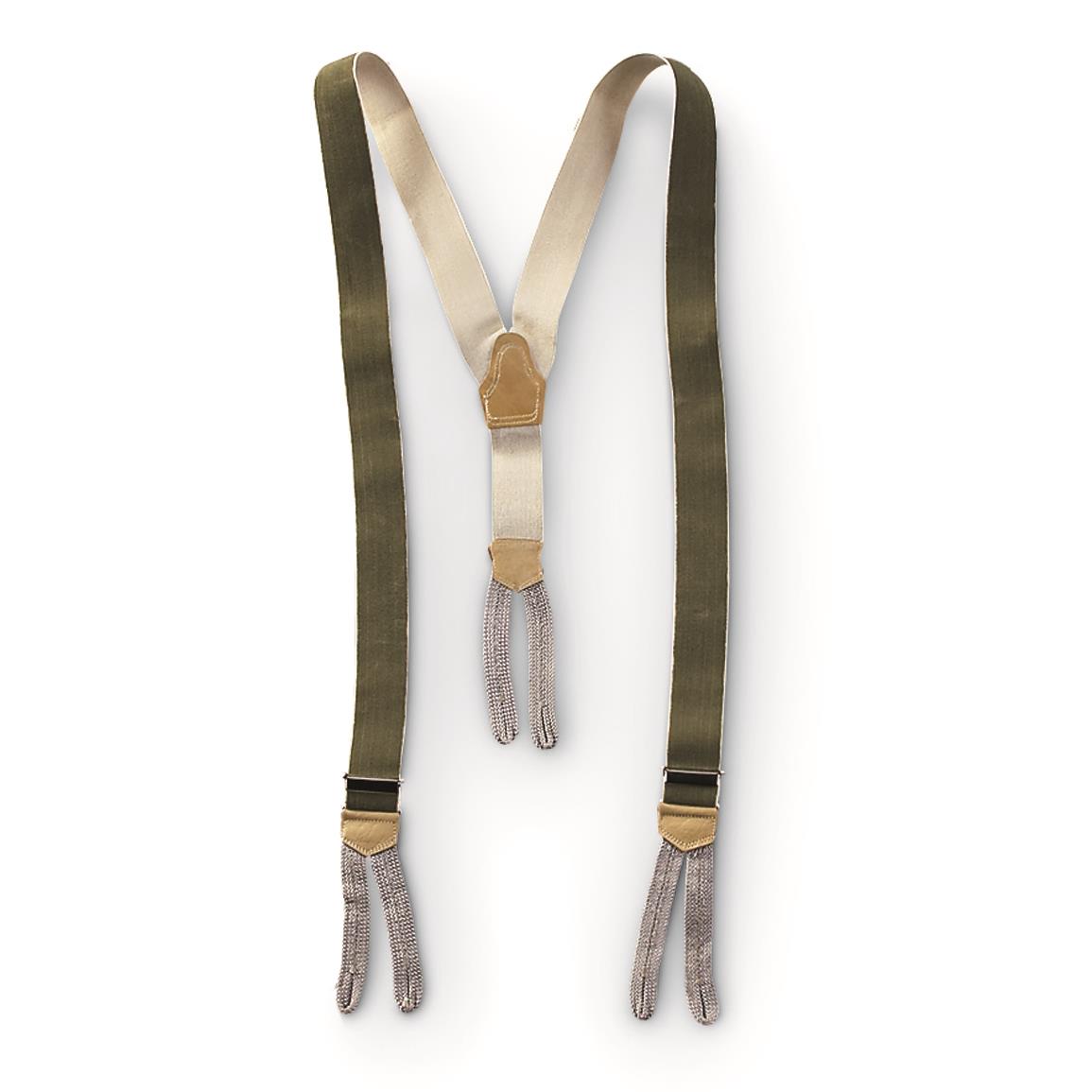 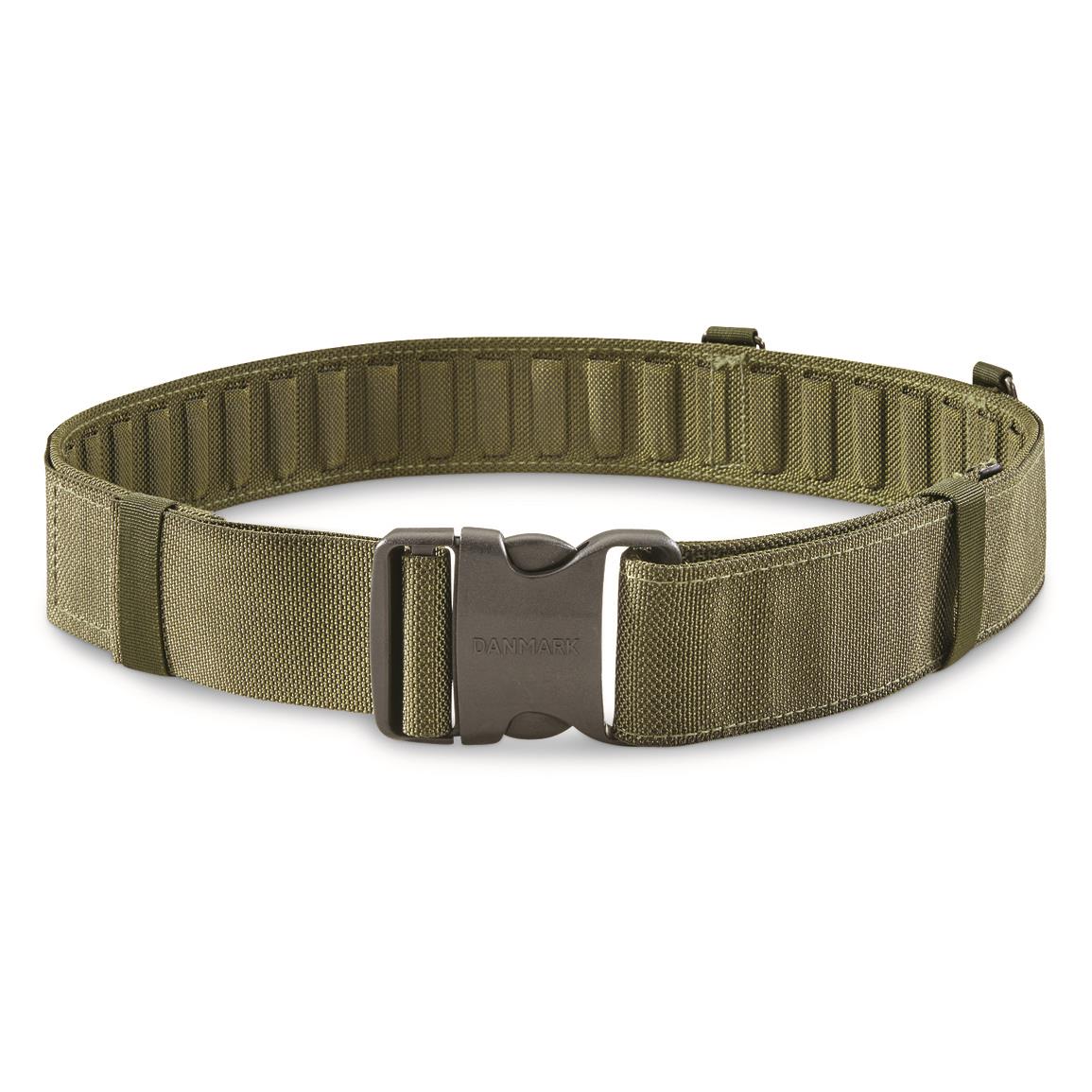 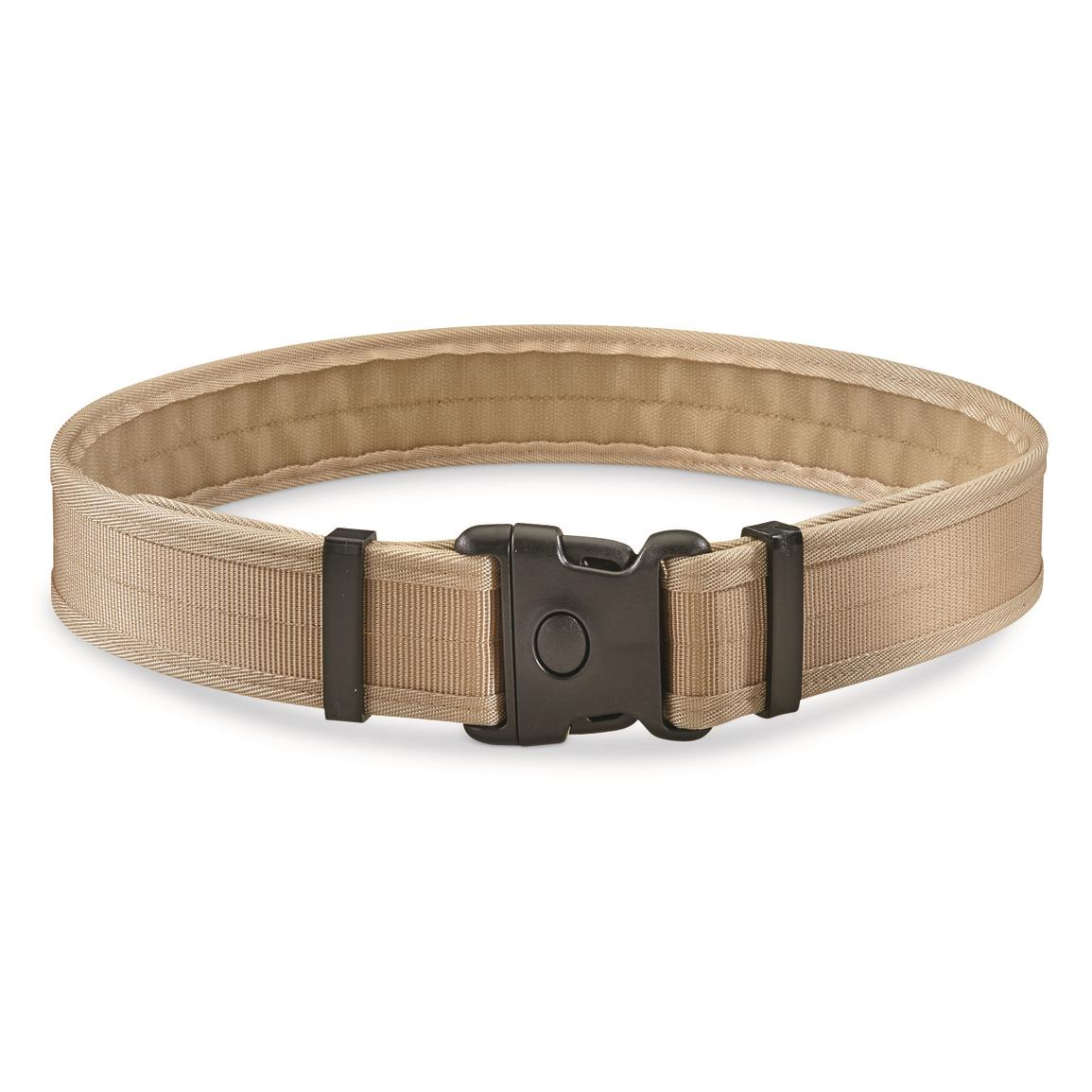 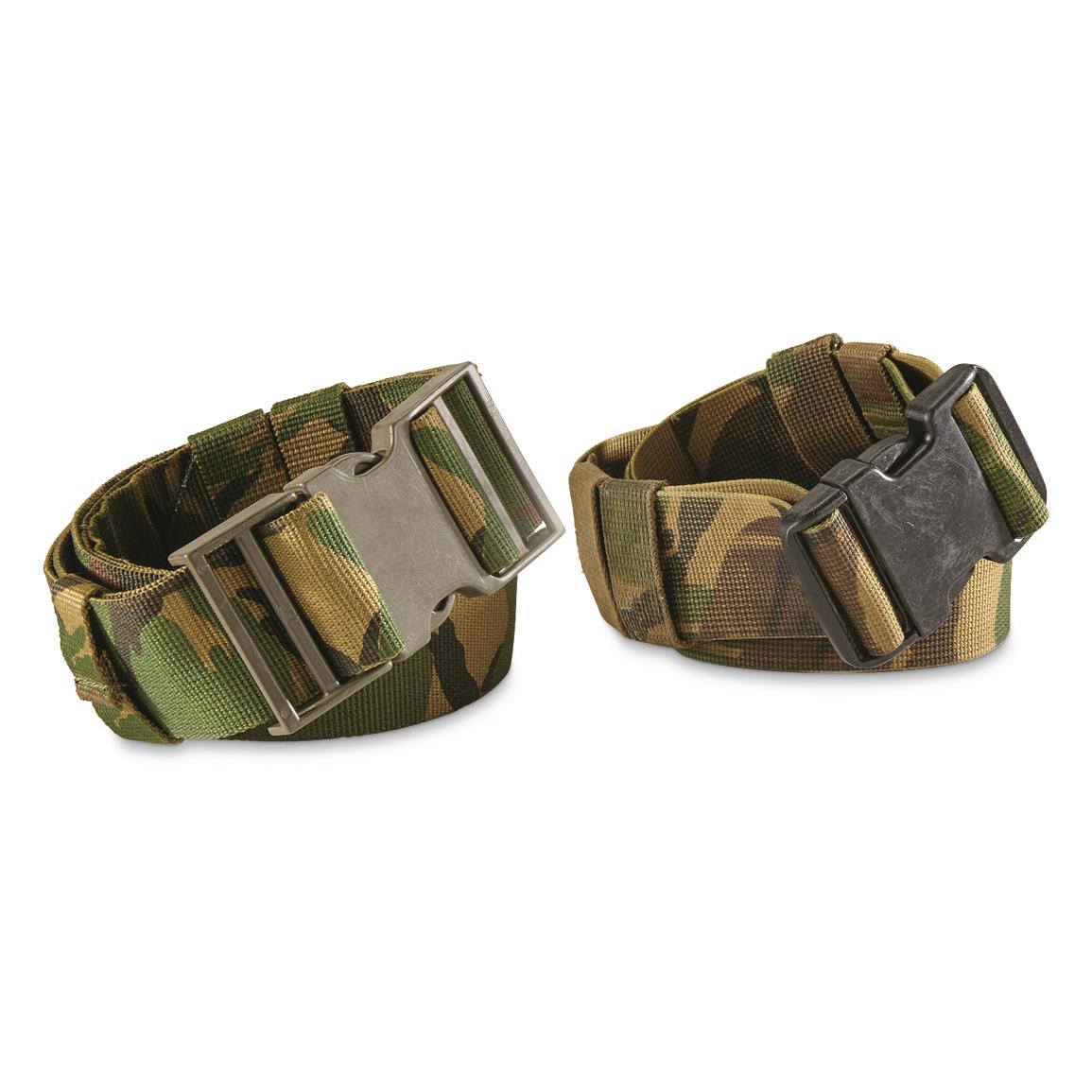