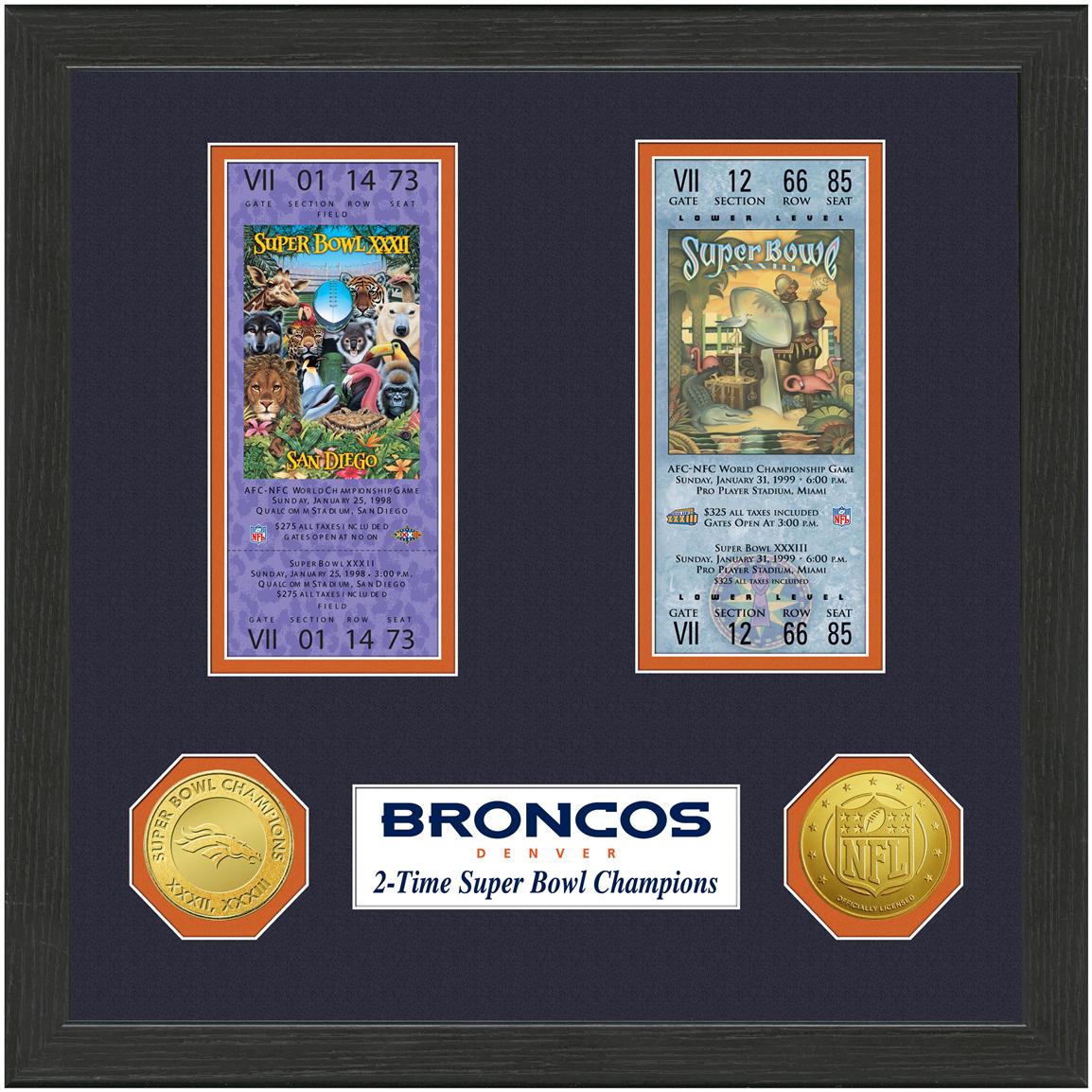 After 4 tries and no Lombardi Trophy, the Broncos finally broke through - twice - on the backs of John Elway and Terrell Davis. Super Bowl replica tickets from each championship are featured in a 12 x 12" double-matted wood frame, along with a solid bronze Super Bowl 2-time champions commemorative coin and a solid bronze NFL coin. Each frame is accompanied by a certificate of authenticity. Officially licensed by the NFL. Proudly made in the U.S.A!