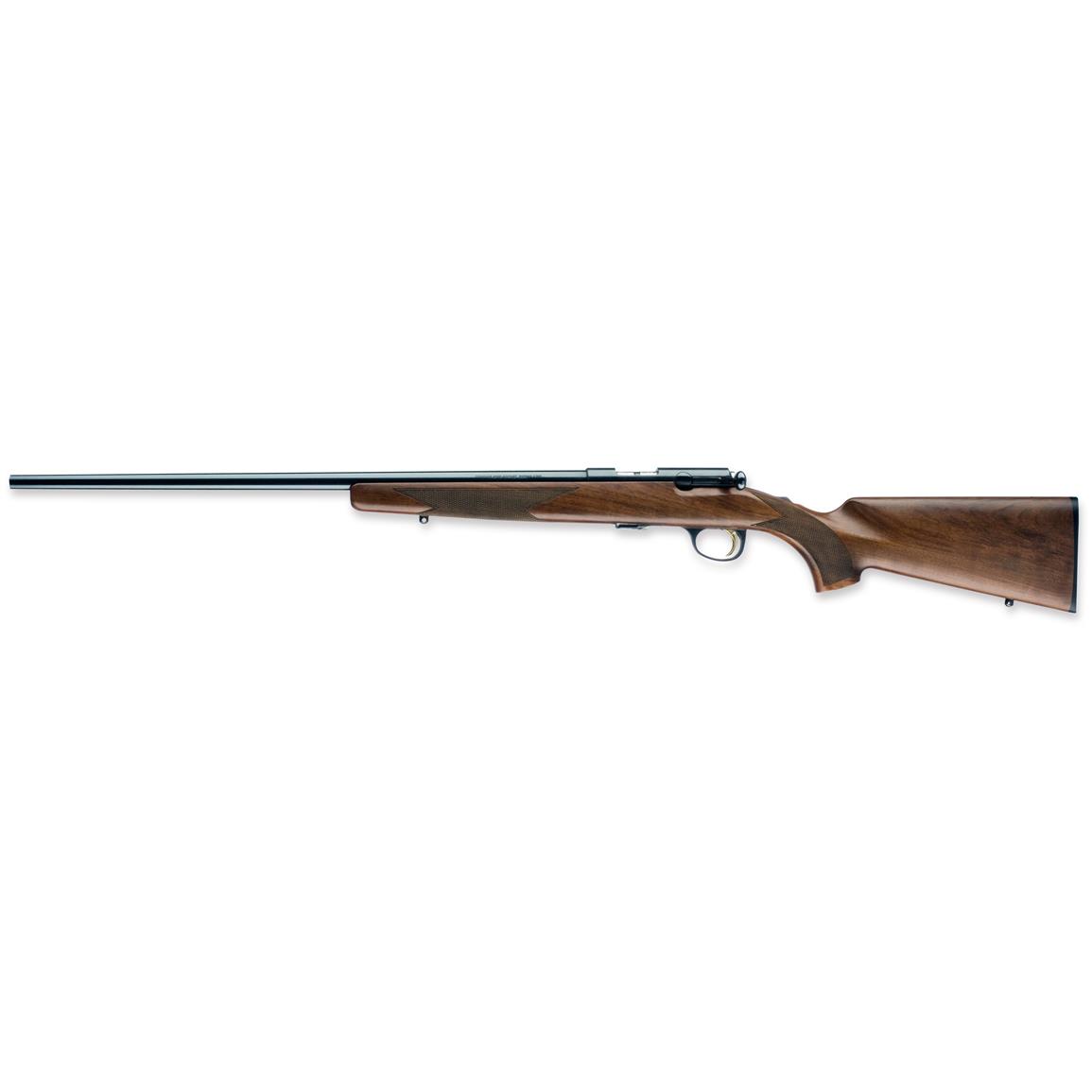 The original Browning T-bolt was one of the most accurate and easy-to-shoot rimfire rifles ever produced. And Browning fans have been clamoring for its return since it was discontinued in 1974. Now, you can relive the past with this Left-handed T-bolt Sporter Bolt Action .17 HMR Rifle. Its straight-pull bolt cycles fast and locks up tight to the barrel offering a topnotch combination of speed and accuracy. In fact, the T-bolt design is among the fastest for raw bolt action speed and is nearly as fast as a semi-automatic! Plus, it comes equipped with a free-floating sporter barrel and 3-lever trigger for increased long-range accuracy. The Browning T-bolt Sporter Bolt Action Rifle is everything you loved about the original, with new modern technologies that put it a step above the competition.