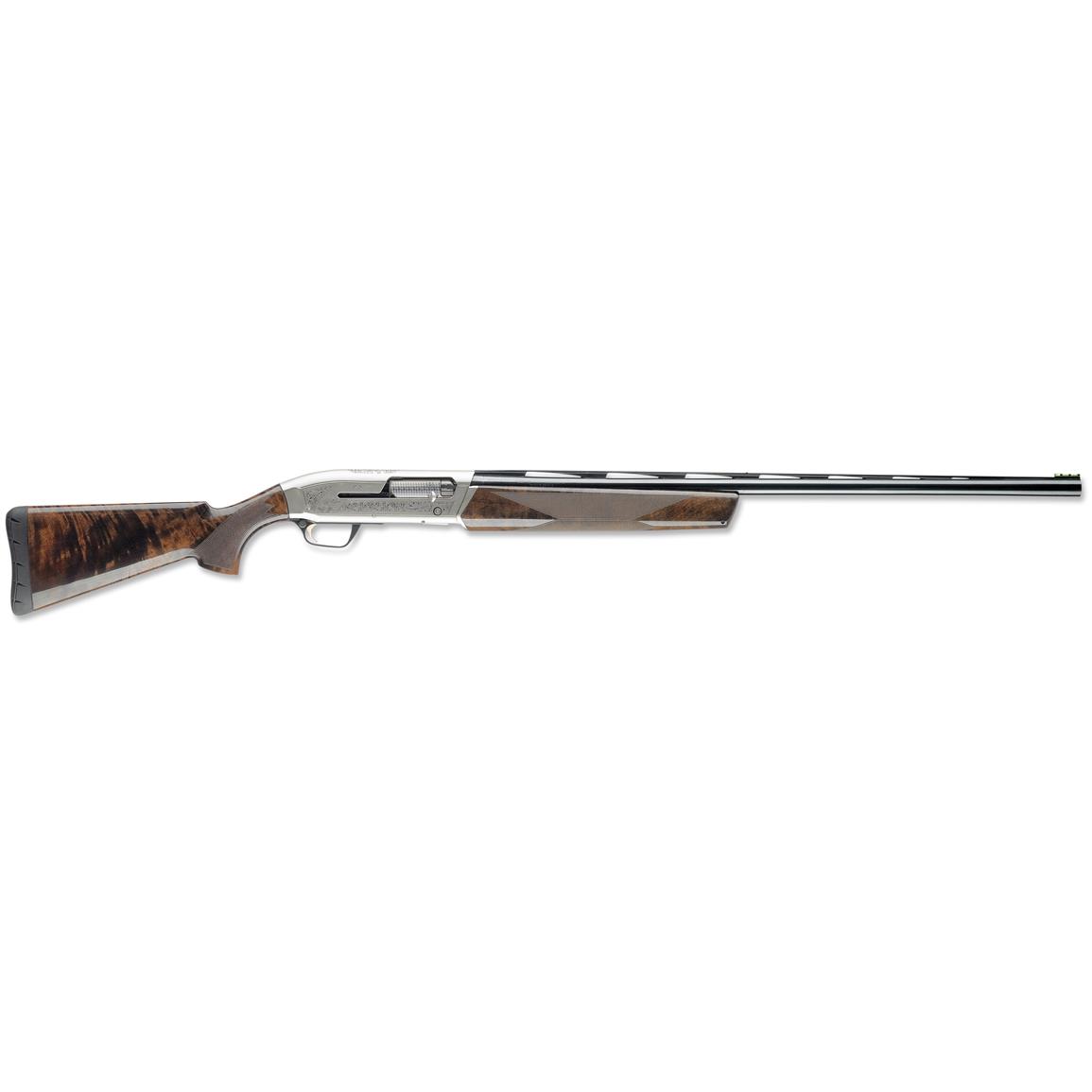 Real-world reliability is the most important feature of any firearm. And that's why this Browning Maxus Sporting Semi-automatic outperforms the competition in the field or on the range. Its Power Drive Gas System is designed to perform under harsh hunting and shooting conditions with a wide array of loads. But reliability isn't the whole story here. The Maxus Sporting delivers 18% less felt recoil, 44% less muzzle jump, 19% faster bolt speed and 24% faster locktime than the nearest competitor. So whether you're hunting squirrels on the ground or pheasants in the air, the Browning Maxus Sporting looks the part and outperforms the competition.