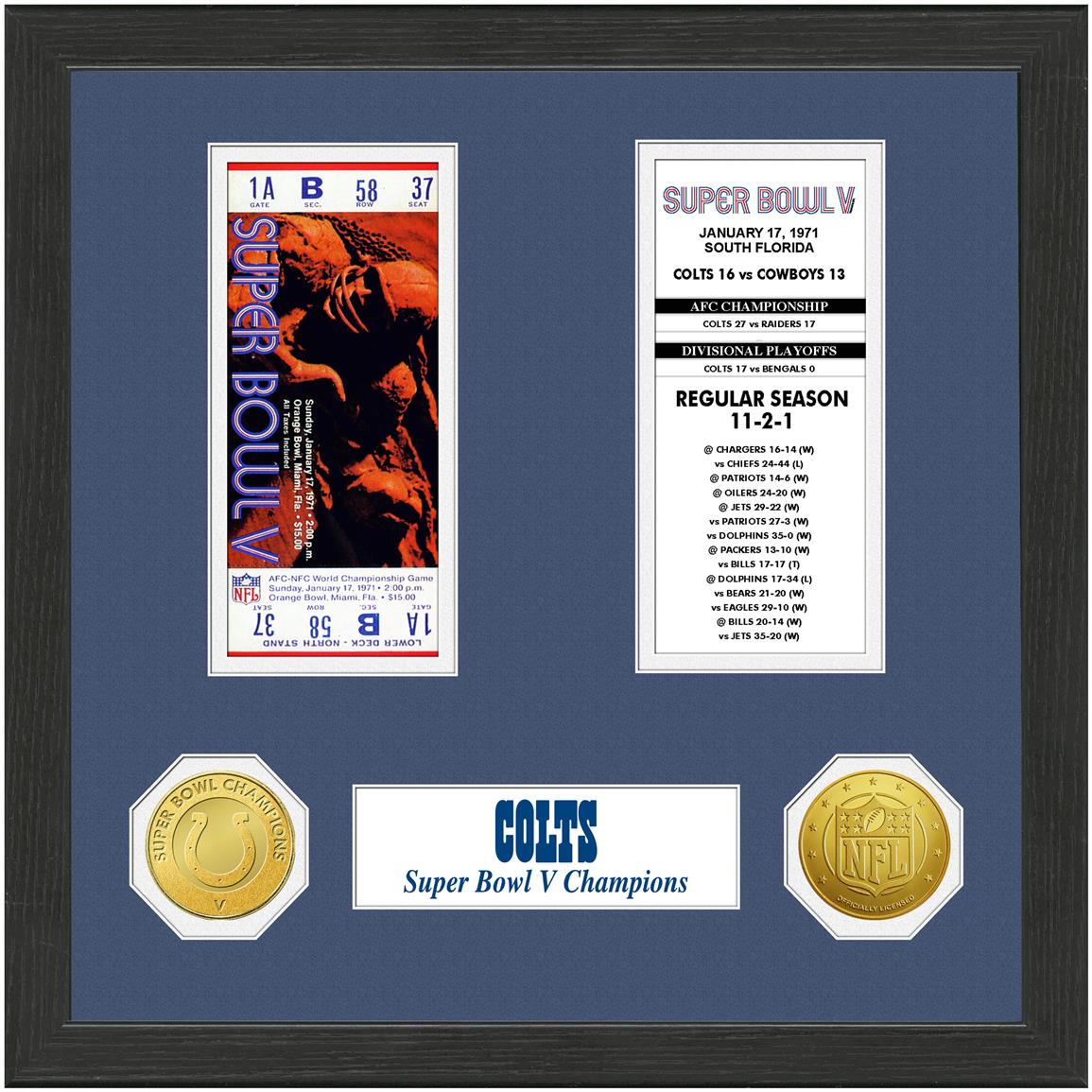 Anchored by big ol' Bubba Smith and "Mad Dog" Mike Curtis on defense, the 1970 Baltimore Colts weren't flashy. They just won football games, including the biggest... defeating the Cowboys in Super Bowl V. Here, a replica Super Bowl ticket and road to the Super Bowl from their championship season are featured in a 12 x 12" double-matted wood frame, along with a solid bronze Super Bowl champions commemorative coin and a solid bronze NFL coin. Each frame is accompanied by a certificate of authenticity. Officially licensed by the NFL. Proudly made in the U.S.A!