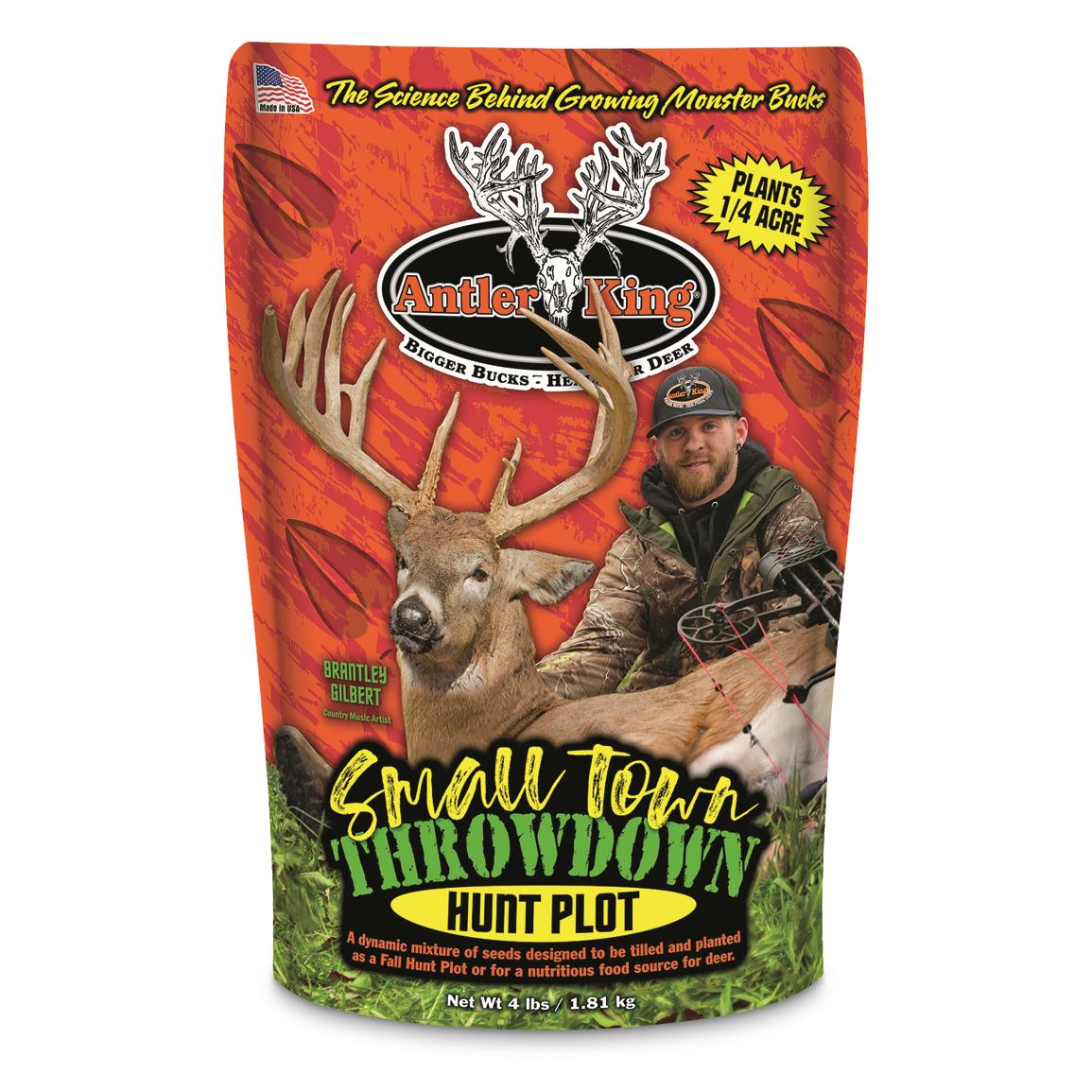 Create a longer running food source for your deer herd with Antler King® Small Town Throwdown Food Plot Seed. Created in partnership with country star and outdoor enthusiast Brantley Gilbert, this blend of annual and perennials will keep the deer on your property coming back all year long. Clover, chicory and buckwheat creates a highly sought after early season food source while the variety of kale, canola and rye puts a late season hold on your herd. Plants with minimal equipment needed and grows best in pH ranges of 5.9-7.0 to offer the best in early and late season forages with plenty of protein to spur on body mass and antler growth.