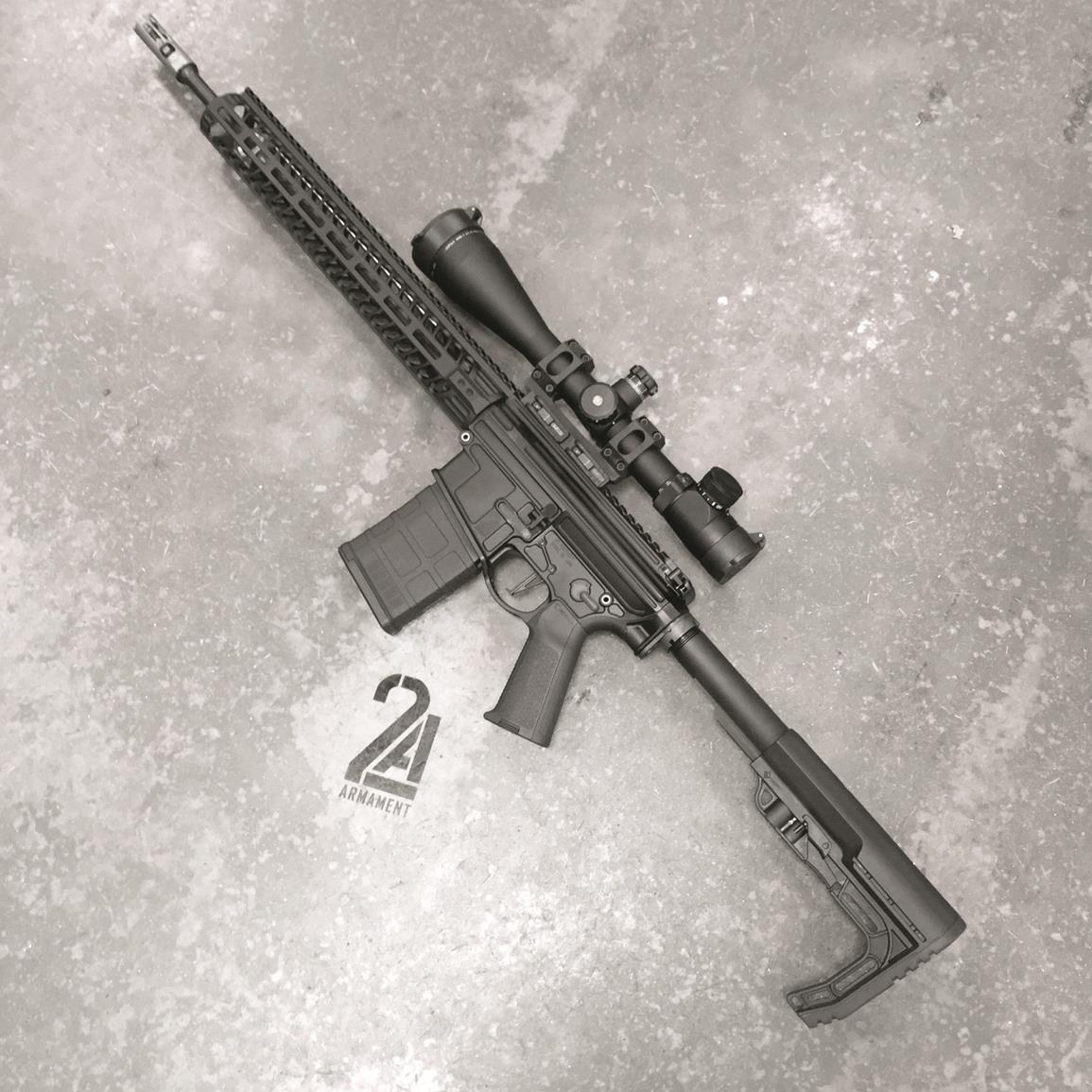 2A ArmamentTM made waves in the industry with the release of the ultra-ultra-light Xanthos Lite "Large Frame" Receiver Set. The scant 16-ounce weight (that's combined) turned some heads, and for good reason. Now, 2A Armament has built a Rifle around the popular Xanthos Lite Receiver Set, using the same design principles: eliminate excess weight wherever possible, deliver custom quality, and hand-build it in the USA.

The result is an AR-10 that is absolutely premium—in performance AND in looks—and weighs just 6.75 pounds overall! How did they do it? First and foremost, many of the components are made by 2A…which allows them to control both quality AND weight. The upper and lower both feature relief cuts to eliminate unnecessary weight without sacrificing strength. The trigger guard has a number of cut-outs, further reducing weight. The Xanthos handguard is ultra-light and free-floating, but still rock-solid, and features M-Lok attachment points. 2A turned to a titanium alloy for a number of parts, including the X4 muzzle brake and 0.750 gas block, as well as the takedown pins.

Even the components that AREN'T made by 2A are as light as possible. Namely, the ultra-light Mission First Tactical® stock that weighs about 6 ounces. Again, the whole Rifle weighs just 6.75 pounds, so it's very easy to carry. We might even say it's a JOY to carry. And the best part? Each Rifle is hand assembled, test fired, and backed by 2A's great support staff. You're getting a top-end, American-made beauty that looks and performs at the highest levels. Can't beat that.